Transurban manages and develops urban toll road networks in Australia and the United States, and partners with governments to provide infrastructure solutions. And they’re bringing IoT to traffic by backing the development of smart roads. Helix Core helps them support faster deployments and Agile releases on their way to achieving DevOps.

Why Transurban Relies on Helix Core

Lightning-fast – even syncing a file that was 27 GBs

Single source of truth for files in 25 environments

Traceability is an integral part of the system

Integration with Jenkins for continuous delivery

The performance is so fast that we take it for granted.

"Merges and integrations run like greased lightning. Even when we’re doing 4,000-6,000 objects in an integration, it runs in moments. It’s fantastic." 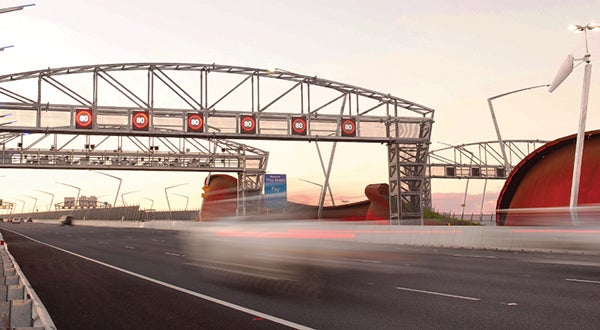 Transurban started using Helix Core because the consultants they were working with recommended it. But they’ve been Perforce customers since 2011 because Helix Core has transformed the way Transurban worked.

One of the biggest challenges Transurban wanted to overcome? Getting to DevOps deployments and an Agile methodology. “All our builds were incremental. We had an ever-growing list of deployables that needed packages,” said Matthew de Vanny, Technical Environment Specialist at Transurban. Now, they have a full DevOps environment.

With Helix Core, Transurban can release larger deployments faster, and they can deploy in a DevOps environment. They’re able to do this because Helix Core can:

•    Securely manage all digital content in a single source of truth.
•    Provide lightning-fast access to the latest files for fast builds.
•    Find files across Transurban’s 25 development environments.
•    Integrate with Jenkins to automate their software delivery.
•    Integrate with Jira for defect tracking and Jira user stories.

At the end of 2017, Transurban had an enormous release when they brought the systems from their Queensland office on board. “We completed that in a weekend. With our previous methodologies, that wouldn’t have been deployable,” said Matthew.

When Matthew started working at Transurban in June 2016, one of his first projects was to create consistency – consistent branching strategies, consistent labels, consistent processes. You can’t automate things until they’re consistent and orderly, and Transurban wasn’t there yet.

Transurban used Helix Core’s flexible branching and workflow options to fully customize and improve their software configuration management processes from end to end. Key to this workflow was Transurban’s use of the jobs feature, so they could quickly trigger labels on demand.

Unique to Helix Core, labels can be applied to both code and artifacts stored in the version control system. This is well suited to a complex IoT system that includes a variety of technologies like Transurban’s smart road sensor systems.

Consistent labels, names, and descriptions for code and dependencies in artifacts ensure that when it’s time for deployments, everything is strictly managed. Because of that consistency, Transurban now deploys faster and more reliably.

Reliability and Resilience in a Version Control System

The detailed checkpointing and journals capability of Helix Core provide a snapshot of the version control system and a replayable history of all changes made. This allows Transurban to accurately roll back specific changes made for an in-flight project in the event that business requirements or project scope change. These features also provide a defense against any negative impacts of inadvertent user error while interacting with the source repository.

See why the world’s most innovative brands rely on the world’s fastest version control software. Helix Core is free for teams up to 5 users. Download now.