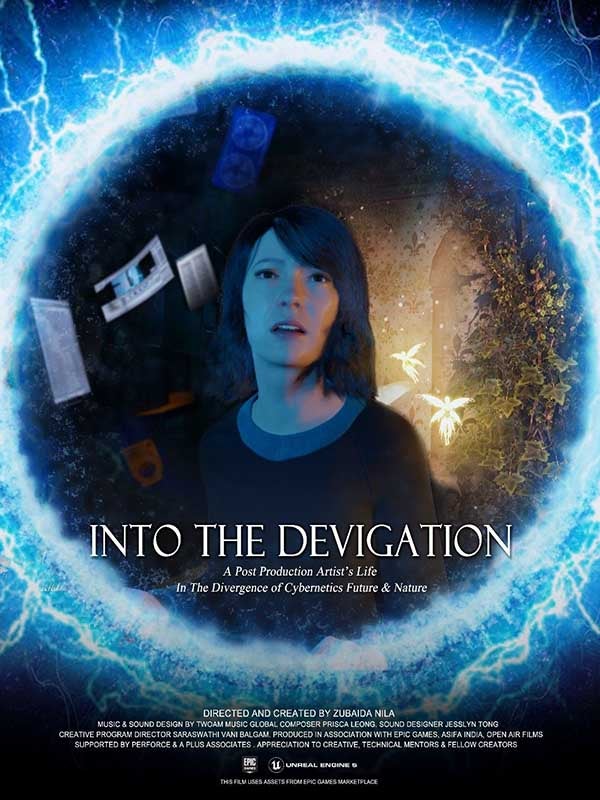 Zubaida Nila, a VFX artist and virtual production researcher based in Malaysia, participated in Epic Games’ Women Creators Program, a six-week-long virtual training and mentoring program. The program provided hands-on experience with Unreal Engine workflows as well as other courses. Zubaida was eager to receive more training on lighting, post-processing, and FX skills with Unreal Engine, which would be invaluable for her full-time job as a VFX artist in virtual production work.

As part of the program, Zubaida applied her professional experience along with what she had learned to develop her short film, Into the Devigation, a meta-story about the behind-the-scenes struggles of post-production artists and their aspirations to someday transition to a less surreal, technological environment.

One of the tools at the Women Creators Program participants’ disposal during development of their films was Helix Core, which proved to be crucial to the development and release of Zubaida’s film.

Helix Core Was Central to the Development of Into the Devigation…

Make the Most of Unreal

The files for my film — Into the Devigation — became corrupt, and I lost everything.

Thankfully, I was using Helix Core and was able to retrieve an earlier, uncorrupted save. Helix Core truly is a lifesaver because, without it, I would have been unable to complete my film.” 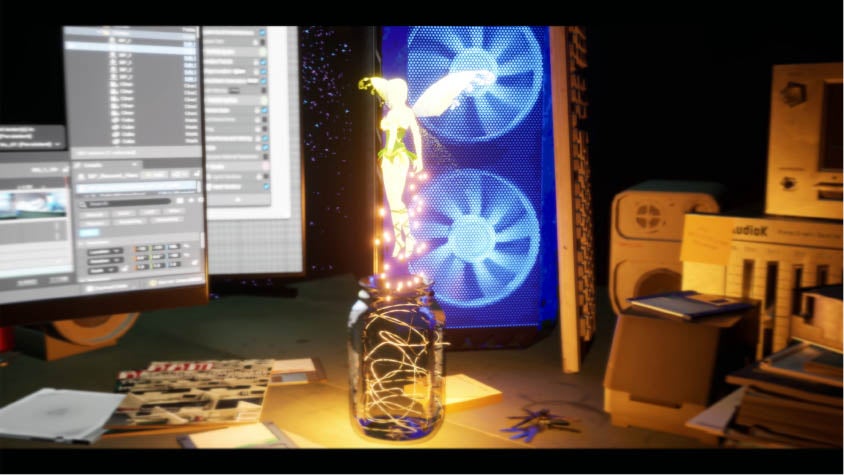 Why Into the Devigation Needed Version Control

The Women Creators Program was an immersive six-week virtual training and mentoring program. It included several workshops that covered themes such as world-building and terrain tools, animation and DCC workflows, lighting and post-processing, material editor, sequence, blueprints, and Livelink. As a part of the program, each of the participants was asked to develop a short film made using Unreal Engine.

With such a tight deadline, each creator needed to be able to easily access, track, and review each one of their thousands of art assets. As they were not collaborating with other artists on the project, version control enabled the creators to better secure their work and focus more on the creative aspects of the project as the logistical tasks were taken care of for them.

How Into the Devigation Benefited from Using Helix Core

Without Helix Core, Zubaida would have been unable to realize her project, Into the Devigation.

As she was developing her digital short film, there were countless art assets that needed to be easily stored, revised, and reused. Helix Core provided Zubaida with a single source of truth, which simplified managing all the art assets and other large files needed for the project. What’s more, Helix Core automatically manages iterations of each file, meaning that Zubaida no longer had to manually manage each iteration.

However, most importantly, Helix Core backed up her entire project and maintained an immutable history for every change that she made — saving her entire project from being lost forever. Even though the most recent version of her files had become corrupted, she was able to revert to an earlier version from Helix Core. Without that, Zubaida would have lost weeks of progress and been unable to complete her project. 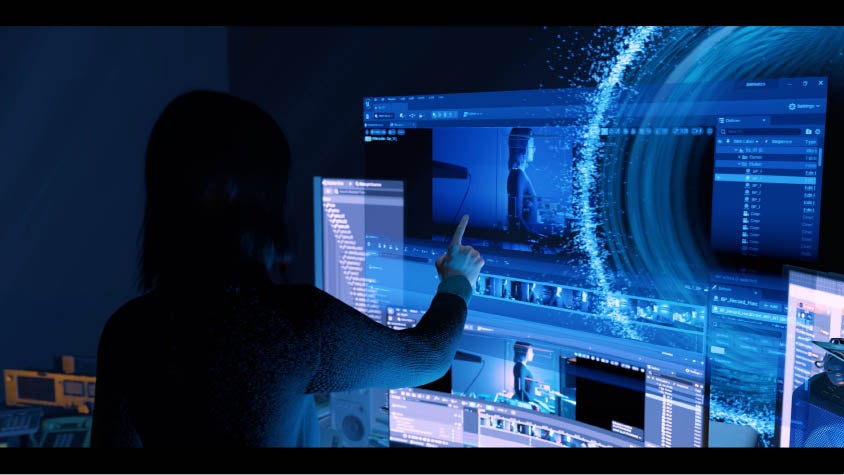 “If it wasn’t for Helix Core, I would have probably given up on my project.”

“Helix Core Truly Is a Lifesaver”

While Zubaida has worked on many other projects, Into the Devigation was her first real opportunity to create a personal story, something wholly her own. However, while Zubaida had a story that she was excited to tell, she still had to juggle that along with the Women Creators Program coursework on top of the responsibilities of her full-time job — all of which had tight deadlines.

When her files became corrupt, Zubaida lost everything. To make matters worse, with her other pressing responsibilities, there was no way that Zubaida would have had the time to recreate and finish her film. No one would be able to hear her story.

Thankfully, Zubaida was using Helix Core, which provided a complete version history throughout the development of Into the Devigation. From there, Zubaida was able to revert to an earlier, uncorrupted version and continue working on her project. Despite all of her challenges, Zubaida was not only able to finish her project but create something that she was truly proud of. In fact, she submitted Into the Devigation to the 2022 SeaShorts Film Festival.

Bring Your Own Creative Vision to Life

Experience first-hand why virtual production artists like Zubaida rely on Helix Core to help deliver their vision. Try Helix Core — with all the extras — for free. No limits on features and functionality, and no end date.