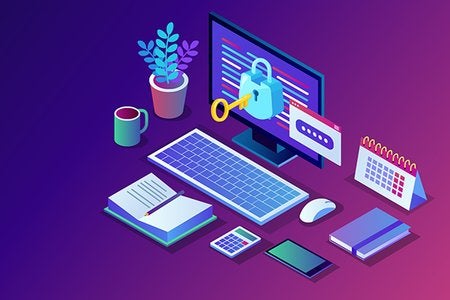 What Is Spectre? The Spectre Vulnerability Explained

What is Spectre? In this blog, we'll explain what is Spectre and how to prevent similar software vulnerabilities.

Spectre is a software vulnerability that allows arbitrary locations in memory to be read.

What Is Spectre: The Spectre Vulnerability Explained

The vulnerability involves a malicious program gaining access to data that it shouldn’t have the right to see. It does so by exploiting two important techniques used to speed up computer chips called speculative execution and caching.

Spectre is just one potential vulnerability. There are countless others. Get the top 10 in our white paper.

➡️ Get the White Paper

How Klocwork Detects the Spectre Vulnerability

To understand how the Klocwork checker works, we’ll walk through this example found in the Spectre white paper (PDF). The protected data resides in an out-of-boundary memory area of:

Examining lines 14 and 15 above, the code looks generally secure. The execution of the following piece of code is protected by the bounds check seen on line 14:

However, due to the possibility of speculative execution, the protection of this bounds check can be bypassed if the following conditions exist:

If these conditions are satisfied, the exploit proceeds this way:

Why Use a Spectre Checker?

The checker in Klocwork tracks tainted, untrusted, or otherwise suspicious data along all possible execution paths in code.

How to Prevent Spectre With Klocwork

Now that we’ve explained the vulnerability and discussed how Klocwork’s SPECTRE.VARIANT1 checker works, we’ll walk you through a real-life example, demonstrating step-by-step how Klocwork helps you detect and remediate this serious exploit.

The code we use for our example was originally published by Erik August Johnson. (We highly encourage you to download it and try our checker for yourself.) This walkthrough uses the Klocwork Desktop Plugin for Visual Studio, but similar steps can be applied to any version of Klocwork that you have.

1. Use the Klocwork Spectre Checker

Here are our instructions on how to use Klocwork’s checker:

Once the analysis is complete, you’ll see the results highlighted in the desktop editor.

In the below code, there are two conditions that indicate the potential for the vulnerability to exist:

As per Intel’s recommendation, the vulnerability can be remediated using the LFENCE instruction to stop speculative execution locally. Using _mm_lfence(), Intel’s compiler can implement this instruction. Inserting it before the untrusted data is used to access the array on line 43, and re-running Klocwork analysis, removes the reported defect.

4. Use Your Own Spectre Mitigation Function

If you have your own Spectre mitigation function, you can include a custom KB in the Klocwork analysis, identifying areas of code to the checker that you know aren’t vulnerable. To illustrate this case, we will insert the following fence instruction intrinsic function on line 45, and re-run Klocwork analysis:

The same defect as before is reported because Klocwork doesn’t recognize my_fence_intrinsic() as remediation to the exploit. Since we know that it is, we include a custom KB file into the project (instructions here) with the following KB record:

Spectre is a concerning vulnerability. But it isn't the only one. Using a SAST tool like Klocwork is essential to preventing software vulnerabilities.

Sign up for our on-demand demo of Klocwork to learn how it can prevent software vulnerabilities. Or, register for a free trial.