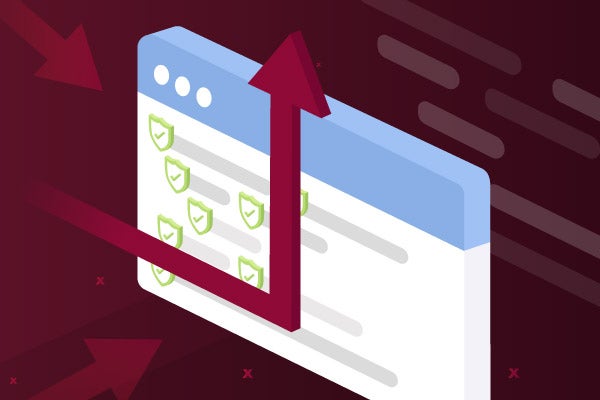 Malicious code is a leading contributor to cyberattacks. Unfortunately, an estimated 70% of organizations are unprepared. This is particularly troubling as one happens every 39 seconds.

What Is Malicious Code?

Malicious code (or malcode) is any code that has been intentionally designed to cause harm or undesired effects in a software system.

Unfortunately, malicious code cannot be efficiently managed by conventional antivirus software. As a result, many cyberattacksare caused by malcode.

The cybersecurity vulnerabilities created by malicious code could enable cybercriminals to:

How Does Malicious Code Happen?

Malicious code could be intentionally written into a system. For example, a disgruntled developer might write malcode on purpose.

Or malicious could be injected after development. For example, malware, spyware, or ransomware gets into the system after it’s deployed and causes harm. This is a very real concern, particularly for teams developing safety-critical systems.

It’s best to prevent malcode before it can compromise your program.

Security best practices should be adopted early in the development process. This is the best way to keep your software safe from malcode vulnerabilities.

You can protect your software from malcode. And that’s by making sure it doesn’t contain security vulnerabilities.

Secure coding standards — such as CWE and CERT C/C++ — are designed to prevent security vulnerabilities.

CERT, for instance, targets code with undefined behavior that could lead to a security risk.

Buffer overflow is a well-known security vulnerability. It occurs when a program writes data outside the boundary of its allocated memory.

This compromises the security of the software because it may be possible to inject malcode into runtime memory.

Even commonly used library functions — such as gets() or fscanf() — can lead to buffer overflow when not used carefully.

If the program is receiving data — without a check in place to ensure that the input buffer can’t overflow — then it will be possible to design an input, or “payload’, that contains malcode. This input can overflow the input buffer.

How to Prevent Buffer Overflow

CERT ARR30-C is an example of a C coding rule that helps prevent buffer overflow. This rule also applies in CERT C++.

“Do not form or use out-of-bounds pointers or array subscripts.”

By applying this rule, you’ll avoid writing to out-of-range pointers or array subscripts. And this prevents the execution of arbitrary code. In addition, MISRA C also has a rule for this — and CWE notes a similar weakness.

It exists when a call is made to a formatted I/O function with a format string containing unsanitized data from an untrusted, external source. This is often referred to as “tainted” data.

It can allow an attacker to potentially enable the execution malcode by:

📕 Related Resource: Check out these malicious code examples from CERT.

How to Prevent Uncontrolled Format String

Be careful when using functions that take a format string as an argument. Example functions include fprintf(), sprintf(), and snprintf().

CERT FIO30-C is an example of a C coding rule that prevents format string attacks. This rule also applies in CERT C++.

Make sure that untrusted input is not used as part of a format string.

Signed integer overflow is another common security exploit. Overflow occurs when the result of an arithmetic operation is too large to be stored in the underlying representation of the integer.

In C and C++ programming, integer overflow can lead to buffer overflow if it goes undetected.

Integer overflow results in undefined behavior, so it’s important to ensure that operations on integers do not result in overflow.

In the worst-case scenario, integer overflow can lead to buffer overflows — and the execution of malcode by an attacker.

How to Prevent Signed Integer Overflow

CERT INT32-C is an example of a coding rule that prevents integer overflow. This rule also applies in CERT C++.

“Ensure that operations on signed integers do not result in overflow.”

Integer overflows can be prevented. You can do this by implementing suitable range checks on incoming function parameters.

The best way to enforce secure coding rules is to use a static analyzer.

A static code analyzer checks code against a set of coding rules, such as those in CERT C/C++, automatically. The best static analyzers — like Klocwork — include additional rules to ensure best practice coding.

For instance, Klocwork makes it easy to check code against the CERT coding rules mentioned above. And it delivers thousands of diagnostics to improve your code before testing begins — and before security vulnerabilities can compromise your software.