As coding errors account for the majority of security vulnerabilities, SAST has become an essential component of any software development process. However, SAST is just one element of a complete automated security testing toolkit. Other tools include dynamic analysis security testing (DAST), fuzzing, software composition analysis, and network vulnerability scanning. However, as SAST can be performed as the code is written it may be regarded as the first line of defense.

Also known as “white-box testing”, SAST tools — such as static code analyzers —  inspect and analyze an application’s code to discover security vulnerabilities. Detecting these vulnerabilities is crucial, as they can leave systems open to denial of service (DoS), leakage of private data, or unauthorized changes to system behavior.

What Kinds of Software Vulnerabilities can SAST Tools Detect?

Different types of applications (web, desktop/server or embedded), and implementation languages tend to be more, or less susceptible to different kinds of security vulnerabilities.

For example, cross-site scripting vulnerabilities are found in around two-thirds of all web applications. Embedded applications written in C are more likely to contain memory corruption bugs that make it possible to exploit the code. So, it is important to use a SAST tool that has been designed for your application type.

Some of the most common vulnerabilities that SAST tools are able to identify and eliminate include the following:

SQL injection is a code injection technique that is used to attack data-driven applications. The cyberattack enables cybercriminals to embed DQL commands with user-provided parameters.

An input validation attack is a security problem caused by trusted user identity and parameter input problems. Often, it is any malicious action against a computer system that involves manually entering strange information into a normal user field.

Stack buffer overflows is a common software vulnerability that is caused when a program writes more data to a buffer located on the stack than what is actually allocated for that buffer. It can also be caused deliberately as part of an attack known as “stack smashing”. Stack buffer overflow often leads to the corruption of adjacent data on the stack. And, in some cases, cause the program to crash or operate incorrectly.

SAST is most frequently integrated into build automation to spot vulnerabilities each time the software is built or packaged. However, some SAST tools such as Klocwork, also integrate into the developer environment to spot flaws as the developer is actively coding.

Not every security problem is discoverable by the pattern or flows analysis techniques employed by a SAST tool. DAST tools should be used to check for vulnerabilities in business logic, issues introduced across multiple application tiers, or issues created at runtime.

DAST runs against an executing version of a program or service. It typically executes a suite of prebuilt attacks to automatically simulate a human attacker.

Each method is able to identify vulnerabilities that the others may not. But, one is not inherently better than the other. Both are needed in order to conduct comprehensive software testing.

SAST tools can provide your development team with several benefits, which include:

SAST tools examine the code continually throughout the development process. They provide an in-depth analysis that identifies defects, vulnerabilities, and compliance issues in the source code.

The best SAST tools provide guidance on how best to address and eliminate vulnerabilities found during analysis. This helps to ensure that the code is not only safe and secure, but high quality as well.

The best SAST tools easily integrate into a development team’s established toolset. This helps to ensure that the development process is not delayed or otherwise negatively impacted.

It takes time for developers to conduct manual code reviews. Which is why automated SAST tools are so beneficial.

SAST tools are able to examine the code quickly — reducing the amount of disruption to the software development cycle.

Klocwork is the most accurate and trusted static code analyzer for C, C++, C#, and Java. It provides software development teams with the ability to automate source code analysis as the code is being written. And, Klocwork has been designed to easily scale to projects of any size.

What’s more, Klocwork’s unique ‘Connected Desktop’ technology enables teams to perform very fast incremental analysis on only the files that have changed while providing results equivalent to those from a full project scan. This ensures the shortest possible analysis times.

Get a SAST Tool

Stuart Foster has over 10 years of experience in mobile and software development. He has managed product development of consumer apps and enterprise software. Currently, he manages Klocwork, one of Perforce’s market-leading code quality management solutions. He believes in developing products, features, and functionality that fit customer business needs and helps developers produce secure, reliable, and defect-free code. Stuart holds a bachelor’s degree in information technology, interactive multimedia and design from Carleton University, and an advanced diploma in multimedia design from the Algonquin College of Applied Arts and Technology. 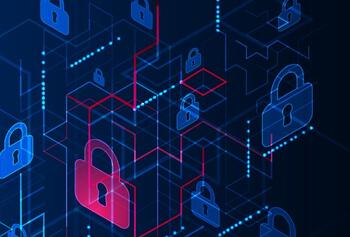 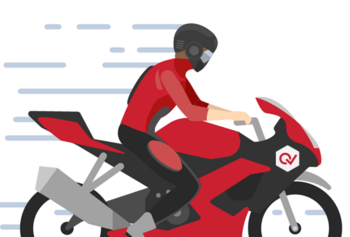 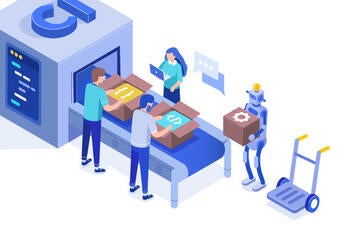 How to Pair Static Analysis With CI/CD Pipelines