Final Pixel is a global creative studio that specializes in virtual production. It was founded in 2020 by film & TV industry veteran Michael McKenna, his brother Christopher, and executive producer Monica Hinden.

McKenna and his team needed a way to manage the numerous assets involved in using a game engine for their virtual backgrounds. They chose Perforce Helix Core, the game and media industry standard for version control. Helix Core has allowed them to speed up production, stay organized, and collaborate remotely in real-time.

Make the Most of Unreal

and efficiency in working on Unreal projects. It has changed the game for us completely.”

Making the Most of their Game Engine

Final Pixel uses Unreal Engine to build virtual sets. The virtual camera tool in Unreal can be programmed to move in sync with the real-world camera with minimal lag, enabling the actors to more authentically interact with the scene that is being displayed on the LED wall.

Game engines like Unreal produce a large set of complex files — binary files, text files, and digital art created by artists. All of these assets are combined in the virtual production pipeline. To manage all these files, and keep track of changes to them, they needed a new tool. So, they went with the Helix Core, the system that is trusted by the big names in game development — 19 out of 20 top AAA game studios. 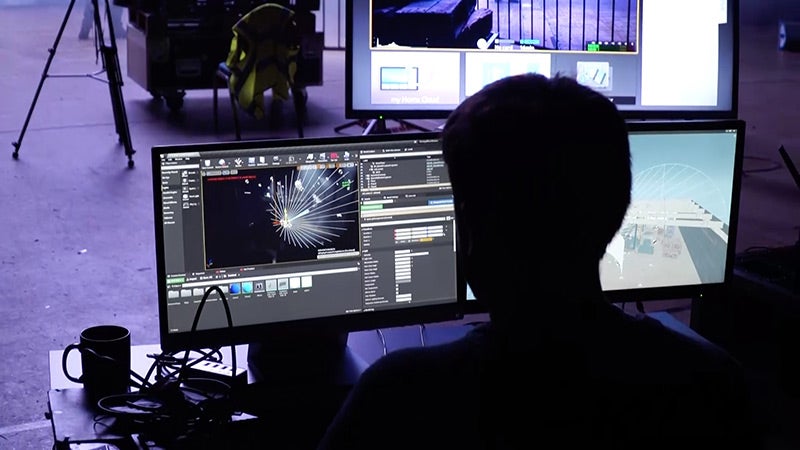 Helix Core integrates with the leading game engines, including Unreal, and it effortlessly versions the massive files created with them. It is essential in tracking all changes to these files in a way that allows teams to find exactly what they need, reuse assets, and have multiple team members working simultaneously on the same project.

Transferring Files Used to Be Slow and Painful

Before they started using Helix Core, Final Pixel used an online file transfer service to move creative assets between the artists and the set staff. “It was so painful. It was just so slow,” says McKenna. The artists would zip up the file and upload it to the online service. The bigger the file, the longer it would take to upload.

Once it finished uploading, artists would give the link to the person on set, who would then download it. If that were the end of the story, doing a file transfer this way would be tedious, but manageable. But of course, the creative process isn’t that simple. It might take many iterations before a project was ready and optimized for the on-set LED wall.

Managing that process manually was awkward. The team on set would then have to get the artist back on the phone or email them notes on what changes they needed. The artist would make the changes and again go through steps of zipping the project, uploading it, and sending the link. Rinse and repeat until the project was perfect.

“We needed to find a better way,” says McKenna. “That’s where Helix Core changed the game for us completely.”

Now, the whole team can store their digital assets in Helix Core. It stores and tracks changes to petabytes of data. When the creative team commits a change to the Helix Core server, the on-set team has access to it in minutes or seconds.

When McKenna would ask his team to send him a file they used in a shoot a few weeks prior, sometimes they would run into a problem: no one could remember for sure if it was file A or file B. They might then check the link to the asset on the online file transfer service, only to find the link had expired. McKenna would then ask the artist to re-upload the file they think they used, and he would have to rely on their guesswork. This put them on shaky ground; what happens if they needed to reshoot, or reuse an asset? Or, what if they found the right asset, but it didn’t include someone’s latest change? 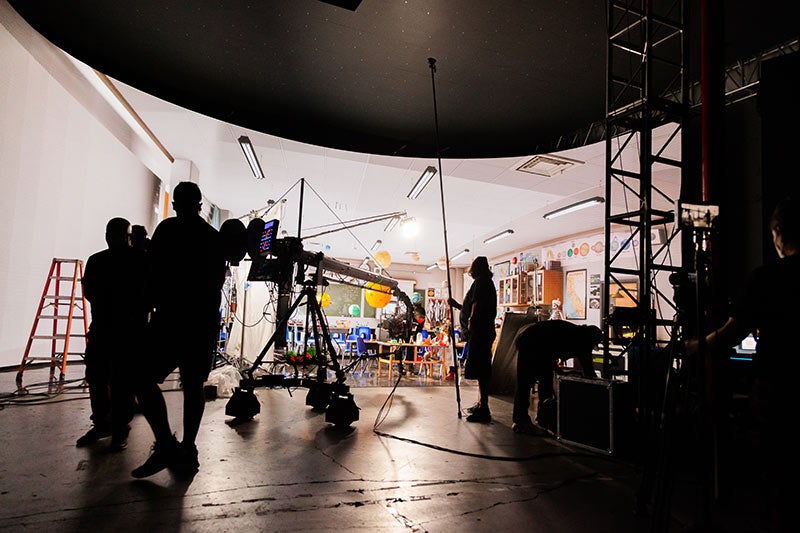 Final Pixel needed a way to manage changes so everyone could work on the same project and more easily & accurately keep track of which file was which. They were recommended to try Helix Core by one of their experienced CG Supervisors, and their artists were the first to use it to track changes to their digital assets. They immediately saw how useful it was to have a detailed history of each change to their files. “We saw how stable it was for the art team to manage changes and the Unreal Engine environments, and to revert a file if there are any problems. It was so effective in building these worlds and these virtual environments quickly across multiple people in different locations.”

Soon, McKenna and his team realized how useful it would be in the stage environment, too.

Sometimes, an update to an art file is needed ASAP. Helix Core also allows Final Pixel to make real-time changes to their game engine files. For example, the team can be onset, and the director says they need an object in the background to be moved. An off-set artist can make the change to the file, sync the change to Helix Core, and then render it on the LED wall; and they can do it in minutes. McKenna’s team of remote contributors can work with the on-set team, making it feel like everyone is in the same room. With the changes loaded, they can keep on filming.

This quick change on a large digital asset by someone overseas is possible because Helix Core allows virtual production studios to deploy anywhere. You could have teams located around the globe, but thanks to advanced replication, changes can be synced, fast.

“The good housekeeping around file management and control of changes is the most important thing on every single one of our shoots,” says McKenna.

Helix Core has enabled Final Pixel to maintain tight file management and version control. It gives the team a single source of truth, ensuring that everyone’s changes are tracked and pushed. It also ensures that everyone always has access to the right version of the project. “The control Helix Core gives us is priceless when working on large scale commercial shoots with A-list talent,” says McKenna.

Speed Up Production with Helix Core

Get total control over your digital assets and enable your team to accelerate project turnaround with Helix Core – enterprise version control by Perforce. With Helix Core, virtual production teams benefit from:

See for yourself why virtual production studios like Final Pixel do more with Helix Core. Try it free & deploy it your way.