Unreal Engine 5 is one of the most popular game engines used by game dev teams. While teams may love UE4, the release of Unreal Engine 5 (UE5) includes some much-anticipated improvements, plus some stunning new features that may sway teams to upgrade.

Here, we break down what's new in Unreal Engine 5 and why we're already loving Unreal Engine 5. Plus, we'll dive into what you need to take advantage of this game changing engine.

What Is Unreal Engine 5?

Why Unreal Engine 5 Is a Game Changer

Unreal Engine is becoming a staple of game and virtual production development (including technology for other industries like digital twins). With Unreal Engine 5, teams are empowered to build big. Across industries, creators will be able to collaborate in real-time to deliver outstanding visuals and experiences for end users. Let's dive into the features.

Unreal Engine 5 goes granular. Nanite is a virtualized geometry system that saves you time when designing massive amounts of detail. It eliminates tedious tasks for loading in level of details (LODs) and allows you to import film-quality art. Now you can scan and go. And don’t worry, this does not impact performance. You still get a real-time frame rate.

Creating a realistic scene comes down to the lighting. Lumen allows you to make changes quickly by adjusting the lighting to match the time of day, a new light source (like a flashlight), a sudden beam entering the shot, and more. It adjusts lighting from open, dynamic scenes down to the tiniest details.

UE4 is already known for allowing you to create open worlds. But Unreal Engine 5 takes it to the next level. It accelerates creation and makes it easier to collaborate.

The World Partition system uses a grid to map sublevels of an entire universe. You can manage complex levels that load and unload as a player goes across the landscape. Also, the One File Per Actor system helps teams work in parallel. It reduces overlap by saving data as external files per contributor. To use this feature, you will need a high-performance version control system (like the one Epic uses). But we will get to that later.

Innovation requires iteration. Unreal Engine 5 expands their animation toolset with tools like Control Ride. Now you can create and share rigs across characters. To create more natural movements, you can save and apply poses with Full-Body IK solver.

If you haven’t tried Unreal Engine 5 yet, this is the reason to start. MetaSounds gives you all the control plus increased flexibility for managing audio. It delivers workflow improvements to help you manage every aspect of a sound experience.

There is of course more out there — enhanced editors and updated workflows to name a few. But before you dive into the release, discover what you need in your toolset to get the most out of UE5.

Looking to Upgrade to Unreal Engine 5?

Version your game engine, just like code, with Perforce Streams.

Why We Love Unreal Engine 5

Unreal Engine 5’s technology is critical for next-gen consoles. It will also be critical to other industries to help design 3D worlds that are simple, powerful, and scalable. Here is why we’re excited about UE5.

Unreal Engine 5 allows greater file sizes — and the use of 4K, 8K, and 12K textures.

Let’s say a player is looking at a cavern and sees a stalagmite. It’s rendered in 4K. But as the player zooms in, the resolution changes dynamically. And the player sees the stalagmite rendered in 12K.

This functionality is incredible. And UE5 makes it possible by handling greater file sizes. As teams work on building games for next-gen consoles like PlayStation 5 and Xbox Series X, they’ll need to be able to handle large files.

In the video preview of an early release for UE5, you can see how Epic Games solves issues with file size. They are versioning their game assets on Helix Core — version control from Perforce.

See how you can seamlessly integrate updates without losing time.

Helix Core can scale to handle gigabytes, terabytes, and petabytes of data — assets you need to render in 4K, 8K, and the upcoming 12K. And getting started with Helix Core now is a wise choice if you plan to use UE5.

Get our Complete Game Engine Overview.

Fit For Film and Animation Production

Unreal Engine 5’s technological advancements will also be a big deal for film and animation production.

Unreal Engine has already been used in the industry, to much acclaim. For example, in The Mandalorian, Unreal was used to build entire 3D environments on the set.

But if you are making your next film, you need to manage the numerous iterations associated. Unreal Engine and Helix Core are built to work together. Even before the official release, this combo pack is already being used. Learn how Entertainment Technology Center optimized everything with Helix Core >>

Make the most of your investment in Unreal with free virtual production training from Perforce U.

Unreal Engine and Perforce (Helix Core) are essential tools in game development and beyond. Both are used to innovate, collaborate, and deliver the next award-winning, immersive experience.

Watch the video below to see how you can set up Helix Core with Unreal — and start collaborating better.

These integrations are why the world’s most successful game development teams choose Helix Core and Unreal.

Built on top of Helix Core, Helix DAM is a digital asset management tool provides a visual web-based UI to empower teams by streamlining creative workflows, which makes it simple to store, find, use, repurpose, review, and share creative assets.

Helix Core is version control built to scale and conquer the most complex development challenges. It can handle petabytes of data and 10s of 1,000s of users — and still deliver files quickly. Designers, artists, developers, and project managers can all collaborate on a project using Helix Core.

Helix Core is the best tool to handle the file sizes required for building games for next-gen consoles like PlayStation 5 and Xbox Series X.

That’s why Helix Core is used to build so many hit games.

19 of the top 20 AAA game dev studios use Helix Core. So do countless indie studios.

See for yourself why you should get started with Helix Core — for game development, film and animation, and beyond. Get started for free for up to 5 users and scale up as your team and files grow. 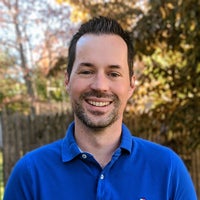