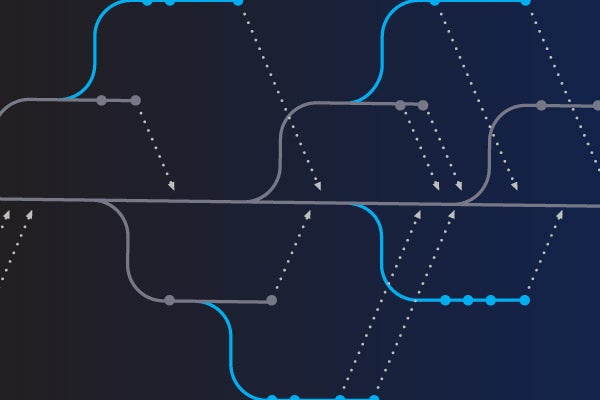 What Is Version Control Software (VCS)?

What Is Version Control?

Version control, also known as source control, is the process of  tracking and managing changes to files over time. VCS — version control systems — are software tools designed to help teams work in parallel.

You can use version control for versioning code, binary files, and digital assets.

As mentioned above, version control is sometimes referred to as source control or revision control. Most development teams use version control today to organize assets and implement DevOps. In this blog, we cover:

How Does Version Control Work?

Version control systems allow multiple developers, designers, and team members to work together on the same project. It helps them work smarter and faster! A version control system is critical to ensure everyone has access to the latest code and modifications are tracked. As development becomes increasing complex and teams grow, there's a bigger need to manage multiple versions and components of entire products.

Watch the video below to see how version control works.

What Is Version Control and Why Is it Important?

Version control is important to keep track of changes — and keep every team member working on the right version. You should use version control software for all code, files, and assets that multiple team members will collaborate on.

It needs to do more than just manage and track files. It should help you develop and ship products faster. This is especially important for teams practicing DevOps.

That’s because using the right one:

What Is Version Control with Examples?

There are several types of version control systems that teams use today. Some are centralized. Some are distributed.

Here are a few of the most popular types of VCS:

What Is Git Version Control?

But there are some drawbacks to using Git. Git lacks security. It's impossible to scale. And it's very difficult to get a single source of truth.

That's why teams who choose Git version control often add other tools on top. This includes Helix TeamHub for Git hosting and code reviews. Or Helix4Git, a Git server inside a Perforce server that can bring projects from third parties into your pipeline.

There are many benefits to version control. The biggest benefits of the right VCS include:

5 Things to Look For in Version Control Software

Each version control option comes with different features. What matters most will depend on your team’s needs.

Here are five of the top things that today’s development teams are looking for.

Projects are getting more complex. There’s a growing need to manage multiple versions of code and files — and entire products.

This means multiple developers and designers can work on the same set of files — without worrying that they are duplicating effort or overwriting other team members’ work.

Let’s say you're managing an IOT deployment for high-end internet-connected security cameras. Over the product lifecycle, you may use ten different types of cameras, each with a different chip. As a result, each will have different software.

Using the right version control software means you can maintain multiple versions of your code to manage the specific functionality of each camera's chip and operating system.

So, when you need to deploy a critical security patch to prevent bad guys from hijacking those cameras, it’s easy. You’ll instantly see which code is impacted, make the changes, and deploy a fix.

Higher quality and increased productivity are top priorities for today’s development teams. And your team can reach your goals by automating tasks, such as testing and deployment.

For hardware development, such as semiconductors, automation can include:

Such FPGAs or verification and testing systems must themselves be controlled and versioned, along with potentially very large data files. It is vital that even small changes are tracked and managed. This means your version control software is the center of the IP universe. The right one can handle millions of automated transactions per day with millions of files.

Companies operate where the talent lives. This means you might have design and development centers in Minneapolis, Seattle, Toronto, and Shanghai. And when deadlines loom, you might need to add engineers in Paris and possibly even in Taipei.

You need a way to provide global access to your team members at all your facilities. Having a single source of truth –– with appropriately secured identity and access management –– is critical for your success.

With the right VCS, each team member is working on the latest version. And that makes it easier to collaborate.

Every development team needs visibility into changes. Tracking who, what, when, and why changes are made is important.

Version control software captures this detailed information and maintains this history forever. So, everyone gets access to who is working on what — and the changes that are made

This is especially important if you have governance, risk, and compliance (GRC) or regulatory needs. Audit log history is especially key in the automotive, aerospace, medical device, and semiconductor industries.

The most expensive asset you have is your product development team. You can't have them idled because they've lost access to the code.

With the right version control software, you can have a replica of your enterprise repository –– your single source of truth –– operating in another location. If something happens, you can immediately switch over to a replica of the master for uninterrupted availability.

You can get free version control software from Perforce (Helix Core) for up to 5 users and 20 workspaces.