Why Use HostAccess For PC Terminal Emulation?

This allows secure access to various platforms, including Linux, Unix, IBM, Windows, etc. The main usage of the HostAccess is to connect to PICK (multivalue) system, such as UniVerse, UniData, D3, ONware, etc., and use own package of programs written in PICK Basic. These programs provide APIs for data exchange and expansive GUI capabilities.

You should use HostAccess for PC terminal emulation to:

Standardize on one terminal emulation solution.

Connect to multiple systems within one integrated environment.

HostAccess offers all the key terminal emulation software features you need in a single page. So, whether you’re looking for asynchronous/synchronous connections, server-based administration, concurrent users, or multiple session access, HostAccess is an ideal solution for you.

Legacy systems often used a host-dumb terminal architecture. The dumb terminal is accessed the host's capabilities — including stored information, computation power, and printing — through one of several terminal communication protocols such as VT100 or ANSI.

HostAccess terminal emulation software enables a modern Windows PC to appear as a terminal and access these legacy applications. The level of emulation is complete. It includes alphanumeric keys as well as screen management functions, such as cursor positioning and screen clearing.

HostAccess enables you to connect to one or more hosts across different networks using multiple emulations and protocols. HostAccess is session-based and supports multiple, concurrent sessions each with a different emulation. Individual sessions can be opened, closed, and saved independently of other open sessions.

HostAccess supports both block mode and asynchronous (character-mode) emulations. Both are designed to work with various systems. 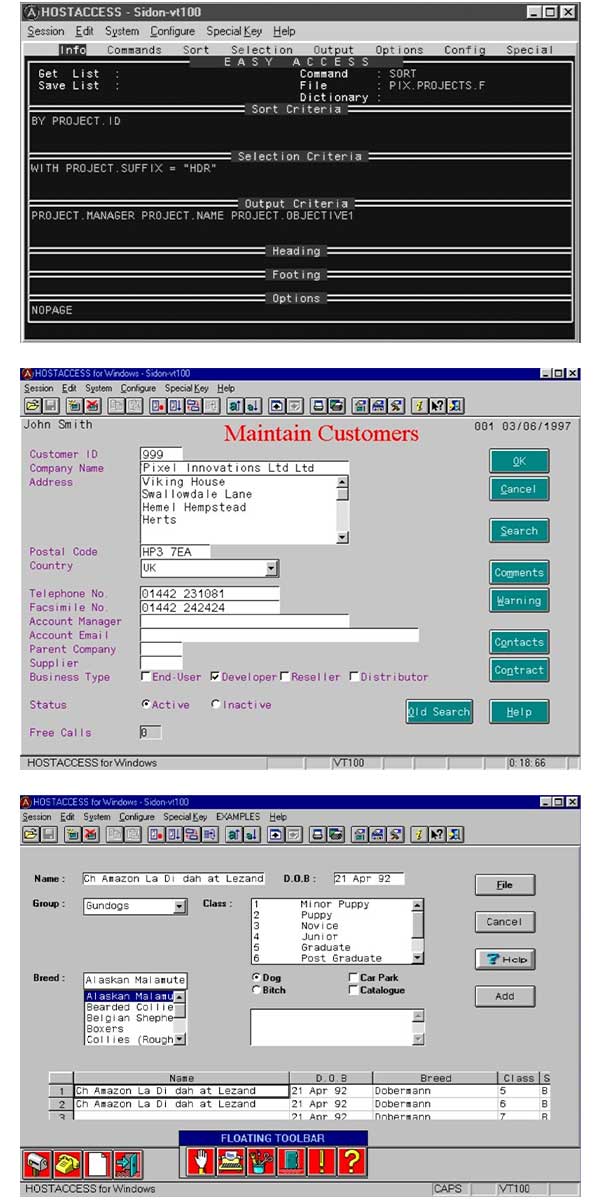 Get started with HostAccess and see for yourself how this PC terminal emulation software will work for you.