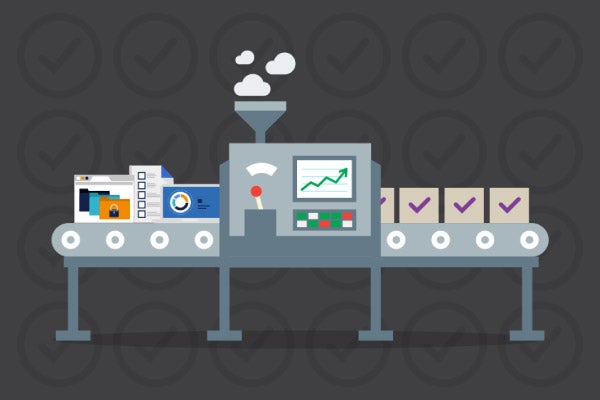 So, many organizations are doing both automated and manual testing. That makes it difficult to keep track of test cases and test results.

There’s a better way to keep track of your testing efforts.

Or read the quick recap below.

The testing process flow is how organizations determine, execute, and track testing efforts. The same flow applies to both manual and automated tests.

When you create hardware or software, you need to define what it is you’re developing. Then you need to validate those items.

Next, you need to create test cases. These need to be validated against requirements, user stories, or epics to make sure you’ve covered what you defined in step one. Effective test case management is critical to this step.

Tests can be executed manually by your testers. Or they can be executed using test automation tools such as Selenium. With both manual and automated tests, you’ll get results that the test either passed or failed.

If there’s a failure, you’ll need to create an issue. Then that issue needs to go through the testing process again to make sure it’s resolved.

Manual Testing Is Here to Stay.

Not all tests can be automated right away. When you create a new system and write new code, it’s easier to start with manual testing.

It’s critical for manual testers to make sure they test the right things and that the test case covers the user story as defined by your solution.

Having a central solution with a requirement or user story and the test associated with it gives you full test coverage for manual and automated testing.

Automated Testing Comes in Many Forms.

There are different types of automated testing.

Most teams will take manual tests and convert them to automated tests, such as UI or regression testing of the application. This can simplify and speed up your testing process. Selenium is just one (of many) types of automated testing.

The next level of test automation is continuous integration testing. These tests run on the code or function level to validate that the code functions as design. It could be negative and positive testing (A and B testing). It could also include UI testing frameworks.

There are real problems that testing teams face on a daily basis.

The biggest challenge we see today is increased pace of delivery. Products need to get out to market sooner. And that can cause more bugs to go out into the system.

Having fewer resources in place to deliver on these tests puts strain on your development and testing teams.

If you let bugs get into the market, there’s a larger cost to fix defects later on. Engineers have to fix them and run them through another testing cycle.

Reporting is impossible across manual and automated testing without a central view of testing.

It’s also difficult to identify test failure trends or areas with high impact and high failure rates. This is a challenge from a reporting standpoint.

Many teams use Microsoft Office to manage tests, without a way to gather automated test results.

How to Solve Testing Challenges

You may have testing challenges, but you can solve them. Here are a few ways to do it.

Use Agile and Lean Methods.

Take a step back and look at how you perform these tests. What are your development methodologies? Scrum? Agile? Kanban? Lean?

These methodologies can help you increase pace of delivery — and testing.

Continuous integration can lighten the burden on testing teams. By doing continuous testing, you can improve code quality.

Automating your tests is a great way to reduce strain on your resources and help them deliver better quality code.

It’s important to find a solution in place that can track everything and bring test automation, continuous integration, and Agile/lean methodologies together.

Helix ALM is a solution that can cover user stories, epics, and requirements, as well as test cases. You’ll get a single view of all testing activities and testing results. And this includes both manual tests and automated tests.

Jump to 12:04 of the recording for a brief demonstration.

How do you handle two successive failed test cases? Would they be considered two separate issues?

In this instance, we would create a second failed test run. But you can update the script to be smart and identify that a failure has been logged. In that case, it will not be logged again. This would be up to you to determine how to handle it.

How much effort does it take to integrate manual testing in Helix ALM and input results of manual tests?

Helix ALM supports integrating manual testing activities out of the box. Helix ALM also makes the task of adding, editing, and entering results for testers fast and easy. So, the effort needed is small versus something like copying and pasting from Microsoft Excel or Word.

Does Helix ALM allow you to automatically generate a test plan based on an area affected and associated test cases?

Helix ALM will have this functionality in full later this year. You can only use some of these capabilities right now.

Does Helix ALM integrate with Ranorex?

Yes. Helix ALM allows integration into any test automation platform. This includes Ranorex, as well as other test automation tools, such as Selenium, TestComplete, and Appium.

My team uses JUnit. Is it supported?

Yes. Helix ALM can integrate with any type of unit testing framework, including JUnit for Java or NUnit for .NET. It will also work with continuous integration frameworks, such as Jenkins.

Can Helix ALM integrate with Jira or Bitbucket, too?

Yes, Helix ALM has an out-of-the-box integration with Jira. You can import items from Jira into Helix ALM. And you can use the REST API to integrate with Bitbucket.

Do you need a separate license to integrate testing with Helix ALM?

No. As long as you have a license for Helix ALM, you can integrate your testing processes.

Try Helix ALM free for 30 days. You’ll see how easy it can be to integrate your manual and automated testing.