While C++ is widely used — especially in embedded development — the latest version is not yet widely adopted.

How Programmers Use Embedded C++

According to a recent Embedded Systems Survey by the Barr Group, “Nearly 95% of embedded programmers wrote the majority of their code in C or C++”.

The popularity of C++ for embedded applications is growing while the language continues to evolve. The most recent version was published in late 2017.

Historically, the adoption of new languages and standards has been slow.

As a young embedded C developer in the early 1990s, I attended a training course, “Object Oriented Programming in C++”.

Shortly afterwards I switched jobs and began to develop C++ applications for Windows.

Now — 25 years later — I find it noteworthy (though perhaps unsurprising) that C is still the primary language for over 70% of embedded systems!

Adoption of C++ has been slow. And it takes time for new versions of the language to be adopted.

In the past, a significant barrier to the adoption of a new language has been the length of time taken for platforms and tools to catch up.

We see at least one major implementation that has all C++17 features in the same year that [it] is published…all of the major compilers’ current releases are in closer sync with the standard than they’ve ever been before.

Does the availability of compiler support mean that embedded developers will adopt the new C++ language straight away?

It's possible, but unlikely.

4 Questions to Ask Before Adopting C++17

You'll need to weigh the benefits with potential drawbacks.

Pros and Cons of C++17 Features

The latest version of C++ includes features that improve your code, performance, and security. While these are nice features, they're not earth-shattering.

One of the biggest additions is the introduction of the parallel algorithms library.

Multi-processor systems are required for computer-intensive programs and artificial intelligence. The parallel algorithms library makes it easier to execute standardized algorithms on this type of system.

There are two features that will enable cleaner code:

This also reduces keystrokes for those who understand the syntax.

So, these features provide a step up for cleaner code.

“Guaranteed copy elision” is designed for improved compiler optimization. So, it may improve runtime performance.

The latest C++ features will improve the safety of your program and ensure secure coding, including the following:

The std::byte feature improves type safety. It distinguishes byte-oriented access to memory from accessing memory as a character or integral value. It also improves readability. The intent of the code is clearer.

Are C++17 Features Supported by MISRA and High Integrity C++?

Compliance can be a barrier to adoption. And in order to adopt a new version of embedded C++, you need to be certain that you can use it and still be compliant. And that means having a coding standard that supports your language.

Many of the new features are already covered by those using Helix QAC for MISRA C++ compliance:

Interested in moving to modern C++? Learn how to do it. 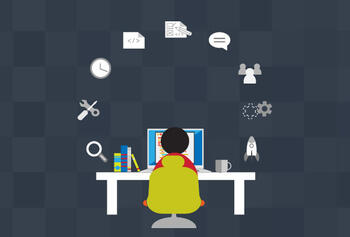 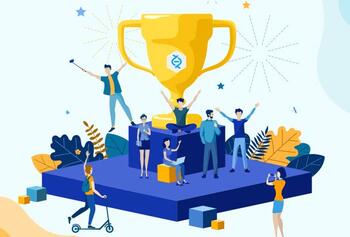 2020 CES Highlights: What the Best Technology Companies Are Doing Now