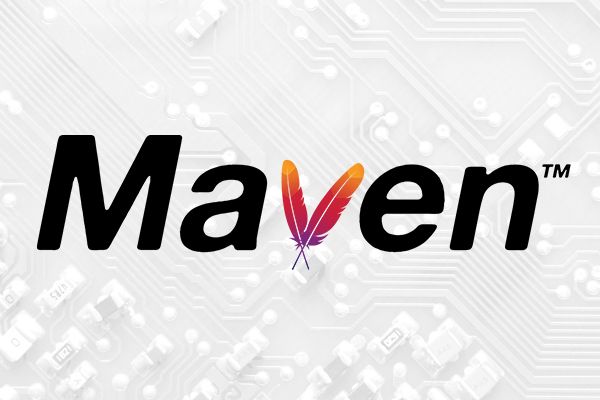 How to Use Maven for Dependency Management

Using a Maven repository for dependency management can help you more easily build and maintain a Java project. In this blog, we share:

What Is Maven Dependency Management?

Dependency management in Maven allows teams to manage dependencies for multi-module projects and applications. These can consist of hundreds or even thousands of modules. Using Maven can help teams define, create, and maintain reproducible builds.

Why Dependency Management Is Important

Dependency management is important because the product you work on is built of over 50 components, produced by several teams working on different schedules. Some of these components are more or less aligned on your product schedule. Others are produced almost independently and you treat them like an external library. You need to make sure you have the right versions of all of these components in your workspace in order to develop, build, test, and release your product.

Dependency management is one of the most difficult parts of developing software and related products.

You have two options for dependency management:

Here's an example how to set up your MVN repository with Helix Core for dependency management.

1. Prepare to Switch to Maven

Before Maven, dependencies were managed using an Ant build script. It compiled, packaged, and ran the program. The compilation task needed a single log4j JAR file and all the JARs included in the classpath. To set up the project, we needed to download the libraries and check them in to a 3rdParty folder in our software depot.

The Ant script declares two properties to reference the location of these libraries, and then includes them in the classpath for compilation:

After implementation, some issues surfaced:

2. Use Stream Paths For Managing Dependencies

Perforce Streams looked like it could help manage the dependencies on log4j and BIRT. Streams paths could more easily be updated.

Although this worked a little better, there were still issues with dependencies.

3. Set Up a Maven Project

To address the issues with Streams, we set up a skeletal Maven project by running mvn archetype:generate and picking a generic template. This laid out a predictable directory structure for a project that used Java source code that packages it into a JAR file. It also generated the POM (project model definition) for the project.

Since the POM is just an XML file, we could keep it in the project folder and check it in and out. It was able to be fully versioned in Helix Core. We could see the POM file in the Time-Lapse View to check how the dependencies change over time. And we could use Revision Graph to see how the file was branched and merged.

If the POM in the main branch is changed, a colleague working in a development branch can see that a change was available as a pending merge. This person can choose how and when to accept the dependency changes in their branch.

In my Maven POM, we declared a dependency on log4j:

log4j –– like a lot of open source tools –– is hosted a public Maven repository that's available by default. When we need to update to a newer version, all that is necessary is to update the version declaration.

Implementing BIRT wasn't quite as easy. There are no public repositories that host BIRT in a way that's easy to consume. For this project, we came up with our own repository using Archiva.

Setting up a private repository is something that most Maven users want to do eventually. It lets you publish your own libraries as artifacts available to other teams in your company.

To use Archiva, we added a little snippet to the Maven settings file, declaring that this repository is the default mirror.

Then we imported all of the BIRT library JAR files into Archiva, In this case, we just used the web interface. In order to make the POM simpler, we also installed a standalone BIRT project with it's own POM that declares all of the BIRT library files and their dependencies. The following example shows the artifact ID and a couple of the dependencies.

By installing this POM, we can easily reference BIRT, and all of its libraries and dependencies, as a single logical artifact:

Now that we have the POM referencing the log4j and BIRT libraries, and we have BIRT installed on the local repository, we can build and run this program by invoking normal Maven goals:

The POM is short and sweet. Maven can automatically pull dependencies from the repository as necessary. Maven helped us manage dependencies in this simple project. We were able to:

Why Maven Is Used: FAQ

Here are some of the most frequently asked questions we get about why Maven is used.

Can Maven Be Used For Non-Java Projects?

Yes. There are hundreds of archetypes for Maven, ranging from Java web application development to eBook publishing. There's also a well regarded extension for building C, C++, and Fortran.

Maven will inspect the POM of a dependency artifact and follow its dependencies. It will also validate the POM to make sure there are no circular dependencies.

Does Maven Allow for Granular or Coarse Version Dependency?

You can use Maven version fields to have more flexibility when selecting the version of a dependency. For example, you can just declare the major and minor versions and Maven will automatically use the latest available in that set. If I declare that I want to use log4j 1.2, I'd get the latest in the 1.2 series.

What Else Does Maven Do?

Maven does a lot more than dependency management.

There are of course a lot of tools out there to manage dependencies. The tool you choose will depend on your projects, environment, and development teams.

But not all version control systems allow you to version everything. Helix Core stores all your digital assets, giving you the platform to build and customize your toolset. By implementing Maven dependency management with Helix Core, you can help you easily scale and grow.

Get started with Helix Core for free for up to 5 users and 20 workspaces.

This blog was originally published on April 11, 2012 and has been updated for accuracy and comprehensiveness.