When Hasraf ‘HaZ’ Dulull started his directing and producing career, he mainly worked on live-action projects. But his passion for pushing the envelope of storytelling  — and the rise of virtual production technology — inspired him to transition to animation, and most recently, video games.

Easily Deploy in the Cloud

“For a small studio that has multiple projects at various stages of production happening simultaneously in Unreal Engine, Perforce is a huge weight off my shoulders.”

Since co-founding his production company, HaZFilm, he has directed and produced two feature films, THE BEYOND and 2026 ORIGIN UNKNOWN, both on Netflix. He also directed the pilot and episodes of the FAST LAYNE miniseries, which is on Disney+.

His studio, which is still growing, first came into the animation scene in early 2020 with the proof of concepts, BATTLESUITS & MUTANT YEAR ZERO, based on the hit video game of the same name. HaZFilm is now producing original feature films, tv series, and video games powered by Unreal Engine and industry-leading version control, Perforce Helix Core. The first animated feature film project is scheduled for release later in 2022.

The lines between video games and film are blurring. Game development tools — like Helix Core and Unreal Engine — are fusing these two industries, allowing studios like HaZFilm to create high-fidelity visual content in real-time.

When Dulull first started using Unreal Engine back in early 2019, it was strictly for previsualization (previs) to block out and design sequences for his live action feature films. His prior experience in VFX helped him to be strategic and make fast decisions before production. 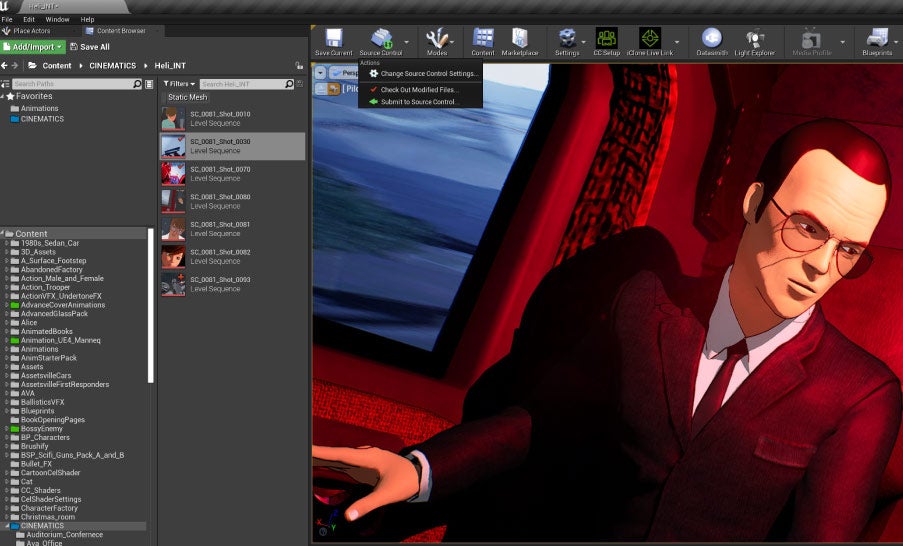 The quality of the content was so close to the final picture; many studio executives and financiers would think Dulull was almost done with the film. This motivated him to pursue creating final animated content.

Dulull could create shots, define the look and tone of the project, and map out cinematography all from Unreal Engine. Having multiple versions of assets available to the team in Helix Core meant an asset could be created once and used across various mediums. This extended the longevity of an asset, allowing it to be used simultaneously across productions.

Building a Virtual Studio in the Cloud

Since the beginning, team members at HaZFilm have worked remotely. This has helped Dulull bring on top talent from around the world and scale as needed. When it came to building infrastructure to support this global studio, Dulull didn’t want to build something from scratch.

There was no time or resources to invest in complicated equipment and technical pipeline development. Plus, his team needed to access files easily. Source control was very important to avoid slowdown in production. So, Dulull looked to the AWS cloud.

“I'm not technical. I know my way around, but I wouldn't be able to code a backend server. We don't have a team of engineers in our company,” said Dulull. “Helix Core [on AWS] worked really well and wasn’t that complicated. We downloaded the demo and in couple of clicks, we had source control. And it changed our lives forever. When we look back to how we were working before using Perforce, we all cringe!”

With AWS and Helix Core, everything was securely stored with the speed required to manage large Unreal assets. This powerful solution helped unite the team, allowing them to take on bigger projects, including a video game developed in parallel with the animated feature film.

HaZFilm is working on their first animated feature film – RIFT — which is a huge, ambitious project. It deals with multi-verse timelines. And there are numerous single character assets with various wardrobe options, looks, and skin shaders. As assets and shots are being created, the team instantly feels the power of source control with Helix Core. It can handle the massive amounts of files and iterative versions. 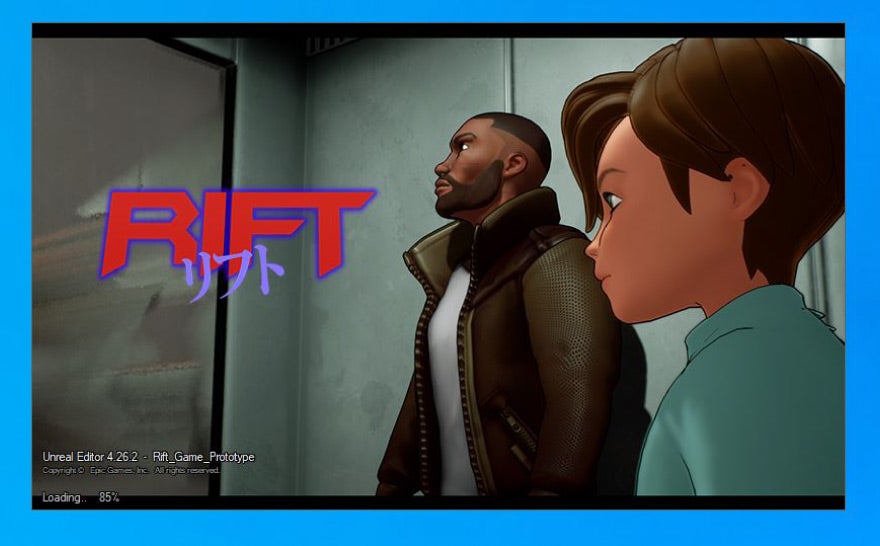 Dulull explains, “Before Perforce [Helix Core], we would use Google Drive or DropBox to attempt remote asset management. At first, it was great for managing small, short film projects. But when your team grows and your assets have versions, it can mess you up. Files get corrupted and when someone breaks something, it’s impossible to investigate or go back to the previous version. Retracing our steps was impossible without Helix Core.”

Using Helix Core with Unreal Engine allows team members at HaZFilm to focus on creating art. They have the freedom to experiment, without worrying about hitting the budget or schedule restrictions. They can quickly produce a cut that’s immediately available for feedback. Stakeholders can see how the project is evolving. 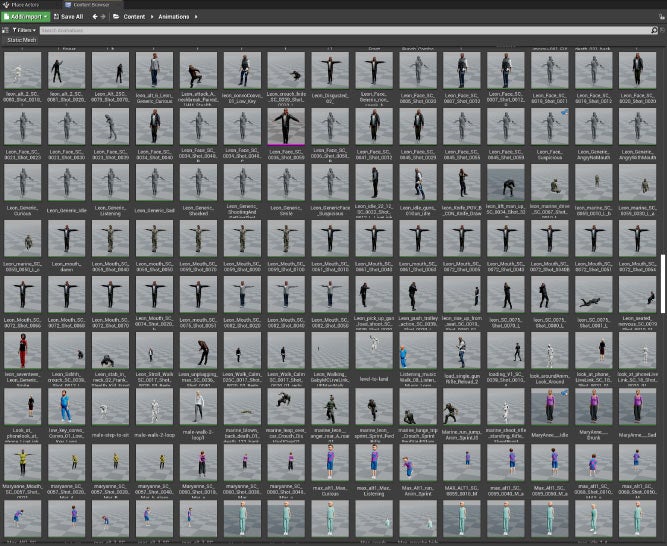 In meetings, Dulull shares his screen to make edits in real- time. All of this is possible due to the tight integration between Unreal Engine + Helix Core.  “What's really cool about Helix Core is that it helps me from a producer's standpoint. The use of changelists in Helix Core allows me to view an entire history of a file. We don’t just submit work and label it is V1_final_final. We can provide notes on submissions so that everyone can see what was done, without email updates.”

On the management side of things, HaZFilm doesn’t need to use tools to log peoples’ time. Dulull can easily see what is being uploaded. Artists can add notes to each upload, allowing everyone to see what is ready and what is being worked on. If something goes wrong, Dulull and his team can simply walk back in time. The power of Helix Core put HaZFilm’s team at ease, helping them focus on making the best possible movie and game.

How to Deal with Cloud Ups and Downs

As HaZFilm’s library of assets continues to grow, it is vital to track cloud usage to keep overall costs down. Dulull found that cloud providers — like AWS — could be extremely cost effective for microstudios, if done correctly.

Dulull implements rules for checking in and out. Cache files (called .build asset files in Unreal Engine) should only be stored on local machines. This frees up server space to help boost synchronization performance. Individual artist and director experiments are kept off the server, allowing them to build without impacting other team members.

He explains, “I think having standards set in place is reflective on the type of tools you have. You can't enforce a huge list of protocols or standards on creatives. But with Helix Core, this happens without any brute force. You just need to set a few things in place, like submission standards and labelling. The rest is backend stuff.”

Empowering the artists on his team helps drive innovation. This is just one of the reasons why HazFilm can create stunning shots at unparalleled speed. “There is the secret sauce. It isn't how fast your computer is or how talented your artists are. You've got to have a good system and a solid workflow setup at the start, then the rest is about art,” according to Dulull.

When his team runs out space in the cloud, it’s easy to go in and adjust. Being able to ramp up and down ensures HaZFilm is paying for only what they need, which helps with monthly budgeting.

“That's the thing about having a small business. You're constantly scaling up and scaling down… Perforce Helix Core is all set up in the background. That's how we were able to scale our business.”
— HaZ Dulull, Director/Producer HaZFilm 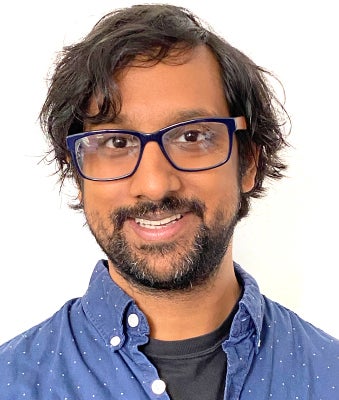 This is just the beginning for HaZFilm. For other small studios with big ideas, you can harness the power of Perforce Helix Core to bring your story to life.

Because when it comes to virtual production, there is no limit to what a team can build with the right skills, resources, and technology.