With everyone stuck inside due to the pandemic, forward-thinking studios like Prismax looked for new ways to connect with their audience virtually. Like many, they started to leverage virtual production methods and tools, like Unreal Engine.

Prismax was able to move quickly and put on the first ever paid, international virtual music festival. But as they started building bigger experiences, their teams struggled.

Creatives spent time searching for files and figuring out where their teammates' changes were located. They needed to scale, fast. Learn how they were able to implement Perforce Helix Core version control to streamline visual development.

Perforce [Helix Core] works out of the box and is stable.

You don't have to worry about it.”

From Experimentation to Production

With over 17 years of experience, Prismax is a pro at creating dynamic video content and providing technical support for live events. But when the world shut down, they needed to switch tactics. “Before COVID we used to be a motion design and graphics company — mainly live graphics for the live entertainment industry but also TV commercials,” according to Ruben Gorissen, CTO at Prismax.

To adapt, Gorissen and his team started exploring how to bring stories to life in a new way. They looked at virtual production techniques, and their customers did too. “We were experimenting with Unreal Engine for a few years already. So, when one of our main clients, the biggest electronic dance music festivals in the world, suggested we have a virtual festival, we jumped on board.”

He elaborates, “From that demo came the first paid virtual festival that was broadcast all around the world.” It was a huge undertaking, but Prismax was on board.

Where to Start When Making a Virtual Festival

Prismax had a big undertaking. “We had to answer, why should I pay for this?” But once Gorissen’s team started building, they were able to fully customize the event. Gorissen explains, “The experience was in all the little details, from crowd noise and special FX to secret details in the environment the audience could discover. The teams put in so much detail.”

The show included a montage of the performance with aerial camera shots so that people could discover the stage and the environment without losing focus on the artists performance. The audience could move between stages through the app.

Each element was critical to making the event an unforgettable experience. “Once the audience saw the quality of the work, it showed it was more than just a performance. The team really put a lot of effort into it, creating a magical atmosphere.” Magic that can leap from a screen is no small undertaking.

Gorissen’s team needed to collaborate quickly to create content. At the time, there was no shared system, and many creatives were left to manage iterations on their own. After the project wrapped, and more people were looking to create virtual events, he looked to change up how his teams worked.

“Back then, it was just a chaotic project and we jumped into it. It was a very turbulent time. We managed to pull it off, but we decided if we were going to do this again, we wanted to improve our workflow,” explains Gorissen. “I’m trying to always be two steps ahead if that's possible. So, I'm always looking at how can we improve.” 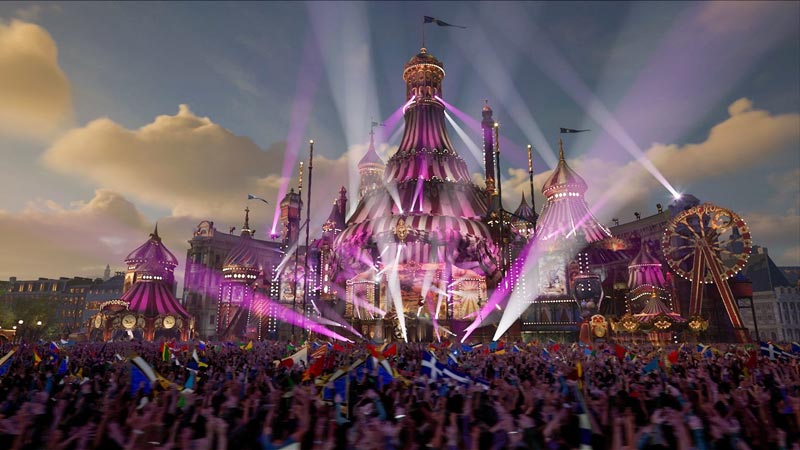 Looking back on the project, it was clear where in the pipeline things broke down. “Two people could be working on the same thing and if they didn't communicate that to each other, you would get corrupt files and have to start over again.”

He continues, “We would try to divide up the whole project into smaller projects, which would be synced on Dropbox. Then we had one server which had a self-written program that looked at the latest update of everything.”

It’s easy when files are getting overwritten and changes are missed to blame a team. But Gorissen started looking at their toolset.

“We needed some kind of version control system so that multiple people could work in the same project at the same time. It makes life so much easier.”
— Ruben Gorissen, CTO at Prismax

Version control is a foundational element for pipelines. With it, teams can work in parallel, eliminating the risk of losing files or data. This helps everyone accelerate.

For Gorissen, “That’s when we started checking out companies like Perforce. We were working closely with Epic Games, and they also said, you could use other [version control] systems, but if you need support go with Helix Core.”

Perforce Helix Core is the version control system trusted by top studios. The tight integration with game engines — like Unreal — and its ability to manage the large binary files associated with virtual production, make it the standard in the industry. It seamlessly unites teams and digital assets, allowing teams to move faster without the worry.

With Perforce Helix Core, Gorissen was able to take things to another level. “Because of COVID, we had to restructure and reorganize. But we evolved into something that was always there, we just didn't know.”

Try Perforce free. You can get 5 free licenses and deploy them on-premises or in the cloud, in just a few clicks.

Quick Setup — No Matter the Project

Helix Core is designed to be easy to customize your setup and workflow. Gorissen configures each project. “I'm actually the super admin. I set up the whole server because I wanted to know how it works. So, I maintain the server, run backups, and usually create the projects first.”

And because his teams work mainly with creative assets, Helix Core is used as a central spot to quickly version assets. “We use Perforce [Helix Core] inside of Unreal Engine. We don't usually use branches and stuff like that.”

His team of creatives can also use the tools they want because Helix Core integrates with everything. “I manage a lot of plugins and try to keep the project as lean as possible.” Keeping the project simple is just one-way Prismax can move fast.

Creating virtual worlds has opened Prismax up to a whole new environment of visual innovation. “The work that we do has a lot of variables, but it’s also very widespread. Sure, it’s technical art design, but so much more.”

Ever since moving to using Helix Core + Unreal Engine, his teams can do more than just events. “I would have described us as virtual effects and custom solutions for live events, but now we are an innovative media company.” He describes “Right now, we are working on a world exposition that's being held in Dubai. At the center, there is a huge dome, which is the largest interior projector in the world. There are going to be a lot of shows, including artists like Alicia Keys. It's a bit of a mix of everything.”

Their visuals help immerse users into a different reality, which is for more than just events now. “It's not only VR. It's a reality you can command. Just point the camera at something and see it in real life. There's a lot of different use cases.” Companies from other industries are taking notice of the work Prismax is doing. And they are looking to leverage the same tools to make real-world decisions.

Recently, Gorissen worked on a project to help visualize a part of Disneyland’s Park. His team was able to bring architectural plans to life and allow stakeholders to anticipate how it was going to look in real life. “Now they have a way of walking through the whole scene and make decisions like, should you make this building a bit smaller or use a different type of lamp here. We are trying to be very innovative and make life more comfortable for a lot of bigger companies.”

As they work on projects, all the assets can be versioned and rendered with the performance required to make real-time, real-life decisions. This makes it easy for Prismax to spin up new projects for clients and design for the future. 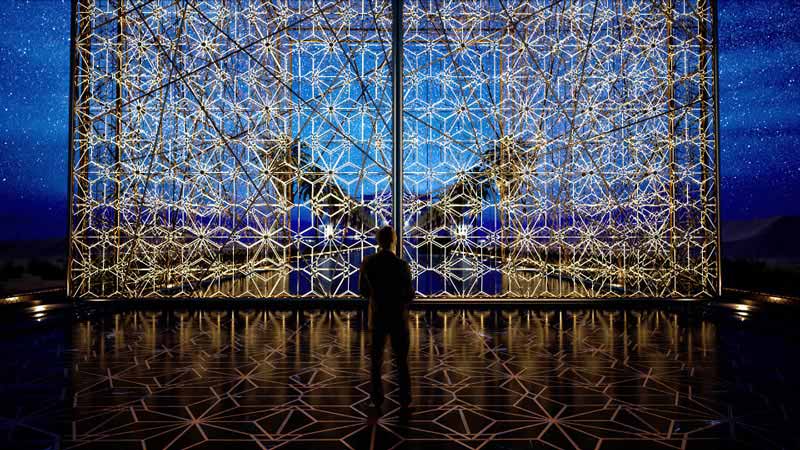 Scale Teams and Projects with Ease

If you are looking at bringing your story to life, help your teams do it faster like Prismax. For Gorissen, “Right now, we have 10 users, and we are looking into expanding. Within the next year and a half, we'll probably add some more users. We have about a team of 20 freelancers. There's a lot of demand. Perforce helps us get there.”

As demand increases, Helix Core can scale with Prismax team members. It is easy to add licenses, set up new servers, and maintain velocity.

Don’t wait until you outgrow your tools. Start building with Helix Core today. You can download it for free and deploy it on-premises or in the cloud.