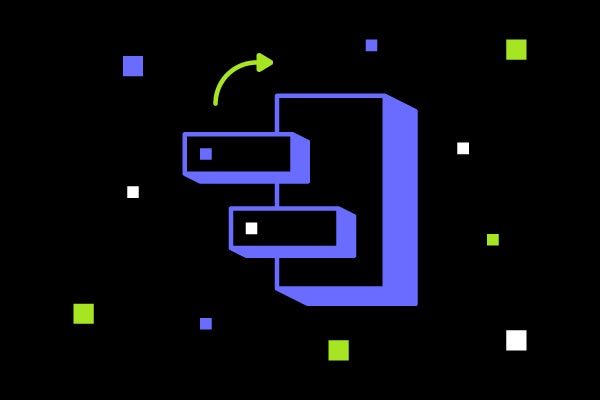 Build runners are at the center of your Continuous Integration (CI) build. Here, we cover what a CI server is, share the top CI build runners, and explain how to use build runners effectively.

What Is a CI Server?

A CI server is an automated build server. Part of its function is as a CI runner. It defines how to run a CI build and reports its results.

There are many CI servers and build runners available, such as Jenkins. And they largely do the same things.

What CI Build Runners Do

CI build runners automate the process of building, testing, and deploying code. They integrate with tools such as code review, static code analysis and version control. And they facilitate a fast and effective CI/CD process.

How Long Should a CI Build Take?

A CI build shouldn’t take hours to complete. It should take minutes. And when you use the right CI server, you’ll ensure fast CI builds — and get faster feedback to your developers.

There are many CI servers in the marketplace. Integration with version control is critical in whatever CI server you choose. That’s because the code built comes from such systems.

Some of the CI servers only work with Git. But the ones listed here work with a variety of version control systems including Perforce Helix Core, Git, SVN, and ClearCase.

Here are six of the top CI servers you can use to accelerate your build.

Jenkins can be more difficult to set up and use. But Jenkins offers lots of flexibility, especially with its integrations. Learn more about how to build your CI/CD pipeline with Jenkins >>

CloudBees offers the official commercial version of Jenkins. It’s available as software on-premises or in a cloud subscription.

CloudBees is recognized as a leader in CI/CD. There are a lot of benefits to using their CI server.

TeamCity is a continuous deployment platform from JetBrains. They are also known for their IDEs (IntelliJ and Android Studio), the Kotlin language, and a Visual Studio extension (Resharper).

TeamCity is easy to set up and use. It’s popular with Windows users, who prefer a GUI to a command line.

Incredibuild is a build and release manager. It’s integrated with Visual Studio, which enables integration with version control tools.

Incredibuild is a scalable CI server that integrates with other tools. It’s known for speeding up builds by using underutilized developer machines as a distributed build farm.

Bamboo is a CI/CD build server from Atlassian.

Bamboo remains popular as part of the Atlassian suite. It’s easy-to-use. Though it hasn’t had major feature upgrades for a while, Atlassian regularly releases bug fixes and continues to support users.

Xebia XL is a release orchestration platform from Xebia.

Xebia is used by enterprise teams. It has a simple user interface that helps teams organize their projects and pipelines.

Your CI server and build runner are critical for CI/CD. But your CI build also needs version control.

Version control is an important part of your CI build. It’s where developers check in code — and where your CI server pulls the code from.

CI build runners are also usually customizable to your workflows.

Choosing the right version control to use with your CI server is critical to the success of your CI build. That’s why you should use Perforce Helix Core for your version control.

Helix Core integrates with all of the CI servers we mentioned above:

How to Use a CI Build Server With Helix Core

Here’s how to use your CI build server with Helix Core.

First, you’ll download your build server — if you haven’t already.

Here’s how to get started with each one.

CloudBees CI and CloudBees CD is proprietary. You’ll need to purchase it or request a demo to get started.

Bamboo is available in a free 30-day trial. Get started >>

Xebia XL is proprietary software. You’ll need to purchase it or request a trial to get started.

3. Get Your Plugin (If Needed)

Next, you’ll want to set up the plugin/integration between your CI build server and Helix Core.

Here’s how to do it for each CI build server:

Helix Core is a top version control tool. Teams around the world use it for its ability to scale and handle even the most complex development workflows. Plus, it integrates with the other tools critical in your development process — including CI servers.

See for yourself how Helix Core can help your team. Get started for free for up to 5 users and 20 workspaces.