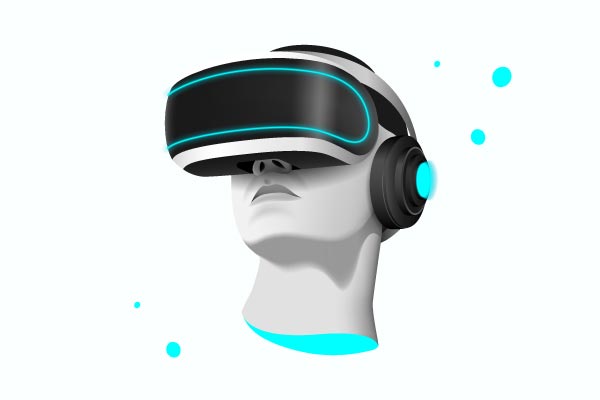 VR Content Creation: How It Works and Software You Need

Virtual reality (VR) content creation follows a lot of the same processes involved in creating 3D assets for video games and other media. Read on for an overview of the VR content creation process and a primer on what VR creation software you might need to get started.

Virtual reality (VR) content is any object or experience made for a virtual reality environment. An example of VR content would be a virtual golf game, or simply a golf club (object) used in the game.

More game developers, content creators, and even teams in other industries like retail are finding new ways to reach their audiences. That means VR content is taking a lot of creative new forms.

A standard video viewed in a VR headset could be considered VR content. But to create a more immersive experience, the steps are a little different.

The basic steps of creating a VR asset are similar to creating a 3D game asset:

Alternatively, VR assets can be made by creating a 3D scan of real-world objects and spaces. Scans can be made using mobile apps like Canvas or Matterport.

Some differences between creating standard 3D assets and creating VR assets may include:

There is a lot of overlap between VR content creation software and game development software. Some software involved in creating VR content includes:

Any teams creating content that involves game engines and multiple digital assets need version control. Version control tracks changes to your digital assets, which is difficult-to-impossible to do manually. It helps you resolve conflicts when merging code from multiple sources. And it enables multiple people to contribute to a project more easily.

Helix Core is the version control trusted by video game industry pros for a reason. It’s the only system that can handle the massive binary files involved in using a game engine. Helix DAM is a game asset manager for artists and creatives, built on top of Helix Core. It gives teams a visual library of their assets, helping them find, track, and review them easily. This duo offers the speed and reliability needed to create VR content.

Helix Core is free for small teams of up to five users and twenty workspaces.

Sign up to try Helix DAM for free in our sandbox for 14 days.