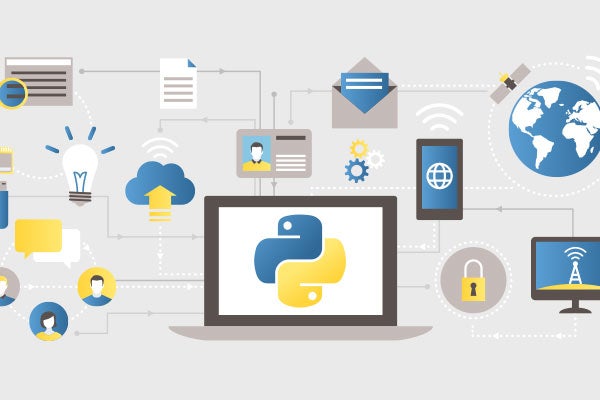 Many development teams are embracing Python. Here we answer the question why use Python? and share some of the top benefits.

You should use Python because it is easy to learn and use for small scripts and utilities. Plus, it can scale for large systems. Also it has recently been embraced by the machine learning and data analytics communities among many others.

Python is not the new kid on the block. This general-purpose object-oriented programming language has existed since before Linux. But what has brought about the recent surge in popularity?

The possibilities are endless – calculations, Internet of Things, game development, web applications, robotics, desktop development, and more. No wonder Python has become the most popular introductory teaching language for top universities such as MIT and UC Berkley.

Python Is More Than Just a Script

In some circles, Python might be considered just another scripting language, similar to Perl or Ruby. But, Python has evolved. It now powers many significant projects and systems.

The clean and regular syntax is less obscure and more user-friendly than Perl. Ruby shines in web development primarily due to the Rails framework. Whereas Python has similar frameworks such as Django and Flask.

As a dynamically typed language, Python is often easier to use than statically-typed languages such as Java. Although, this can lead to issues in larger systems and automated test suites are a necessity.

Enterprise companies are increasingly looking at Python to build their systems. Just look at Dropbox, Reddit, Instagram, Second Life, Paypay, and eBay to name a few. All of these companies rely on Python as part of their toolstack to build and maintain massive projects.

Python was designed with a small language core. It is easily extended with libraries that provide integrations needed for variety of projects. Libraries help save time. It's because Python cuts down on the work teams need to complete in the initial stages of development. They can also address performance issues where needed.

Using Python for big data, AI, and machine learning has helped secure its continued growth. Machine learning is the science of programming computers to learn by evaluating data. This data is comprised of observations and other real-world information. Using what they have learned, machines can start to make informed and intelligent decisions through pattern recognition.

There are an abundance of built-in Python libraries for machine learning and data analysis. Libraries like Pytorch, Tensorflow, and Theano help provide a flexible framework that promotes experimentation and optimizes algorithms.

Scientists can leverage these to automate complicated equations using a simplified coding language. Their ease of use makes them great for users who want develop, but do not need to understand the full programming syntax.

Libraries for data analysis include NumPy, Pandas, and SciPy. These plus the Anaconda distribution have helped Python compete with more traditional R-based systems. In addition, Jupyter Notebooks and the many visualization libraries make interactive exploration easier.

Perforce provides APIs for various languages. They deliver native ways to connect and run Helix Core commands. The APIs for Perl, Ruby, and of course Python, are wrappers around the native C++ API.

P4Python offers developers the ability to automate aspects of their version control systems. Using this scripting API, you can extend and customize DevOps processes.

Warhorse was able to automate their proprietary software’s preparation tasks. This program automatically pushes graphics into their continuous build pipeline. They also built a custom application to create and store their automated builds.

Why Use Python? The Answer Is Clear

So why use Python? As it becomes more popular, there are more developers with this skillset available. Choosing to develop a project in Python could be a wise investment for your team.

Perforce is ready to embrace your programming language of choice. You can have all the benefits of Python, with the power of a Helix Core server.

Not using Helix Core yet? Try it free for up to 5 users and 20 workspaces. 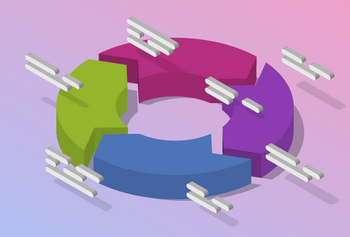 What Is Continuous Development? 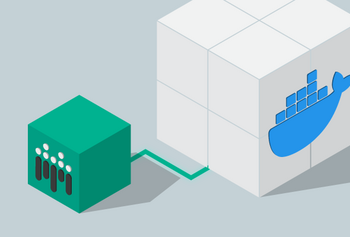