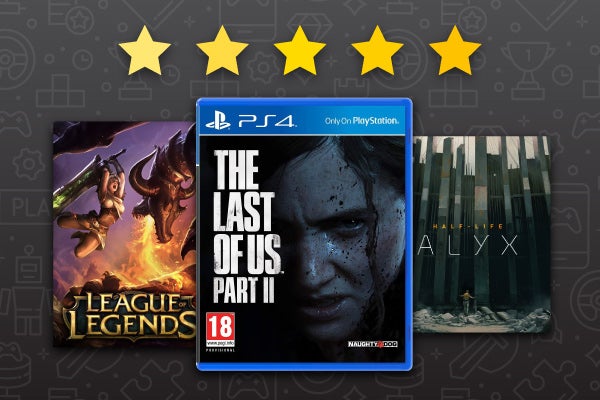 Video games helped us all stay sane in 2020, amid the COVID-19 pandemic and off-and-on stay-at-home orders around the globe. So, what were the best video games of 2020? And who were the best game developers of 2020?

The best video games of 2020 include:

The Last of Us Part II from Naughty Dog/SIE swept The Game Awards in December 2020. This post-apocalyptic game dominated seven categories, including the biggest award: Game of the Year.

Another big win for The Last of Us Part II was for Innovation in Accessibility. Accessibility is growing in importance for the video game experience. By winning in accessibility for this game, Naughty Dog have established themselves as important players in the space.

The Last of Us Part II also won for Best Audio Design. As video game development evolves, immersive experiences become more critical for success. Succeeding in audio design is a key piece of this.

League of Legends from Riot Games dominated eSports categories of The Game Awards. This multiplayer online battle arena game won Best eSports Game. Winners of the eSports athlete, team, and event categories were for League of Legends, as well.

eSports is one of the most popular segments of video games today. In a recent report from Perforce, 61% of game developers said they believe eSports will have a significant impact on the future of game development. The best game developers understand the importance of eSports.

Half-Life: Alyx from Valve was the biggest virtual reality winner at The Game Awards. This VR first-person shooter won for Best AR/VR.

VR software development is one of the biggest trends in game development as studios seek to deliver immersive experiences.

Other notable winners of The Game Awards include the following:

What Makes a Video Game One of the Best?

Who Were the Top Game Developers of 2020?

The best video game developers of 2020 produced the top games. This included:

The best game developers use Perforce Helix Core. In fact, 12 of 15 of The Game Award-winning games were built using Helix Core.

Many of these large, sophisticated games were constructed over several years. They’re made of terabytes or even petabytes of assets. During this type of lengthy game development process, there are obviously many revisions to the code and artwork. The changes need to be tracked and coordinated at all stages.

Game designers and coders work in parallel. And they're often spread around the globe. As deadlines approach, the synchronization of work becomes more and more critical. This becomes even more important as the sizes of the builds increase.

So, in addition to massive work effort, what do the best games of 2020 have in common?

Whether you’re developing games for AR/VR, consoles, PC, mobile/tablets, or even hardware/software applications, you can count on Helix Core’s integrations with Unreal, Unity, and Open3D Amazon game engine. And with our APIs, SDKs, and scriptability, you can customize your workflow. If you’re building your own engine, leveraging Helix Core’s architecture can make your dreams become reality.

In addition to the technical reasons that the best game developers use Helix Core, there’s another reason. Helix Core doesn’t get in the way of the creative process. Regardless of the role of the team member, build engineer, coder, designer, producer, system administrator — Helix Core runs in the background, seamlessly integrates, and connects everything.