Rogue Sun is an indie game studio based out of Guildford, UK. Comprised of some of the developers who created the Fable game series while at Lionhead Studios, the Rogue Sun team describes themselves as “crafters of artisanal interactive entertainment.” Their first game, Tin Hearts, is an adventure puzzle game that will be available on Oculus Quest, PC, and other consoles in 2022. 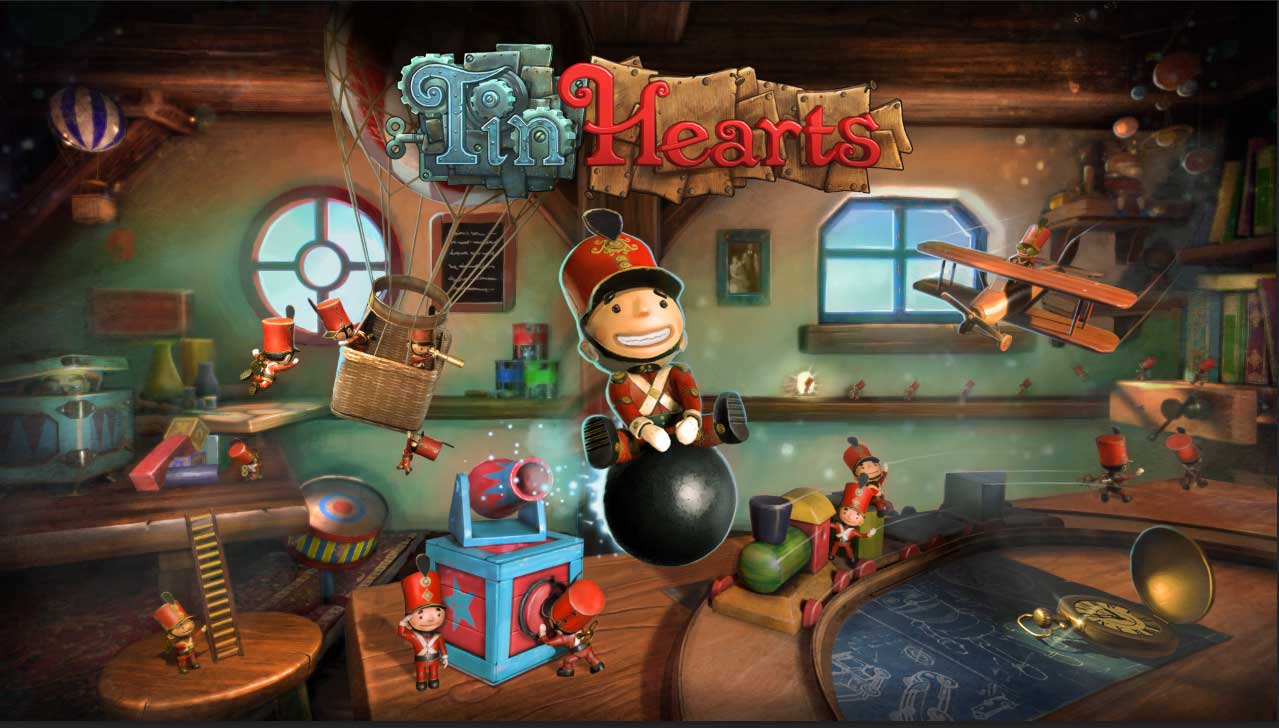 To focus on innovation and creativity while building a game on a tight timeline, Rogue Sun uses Agile practices. They currently have a team of 15 people distributed around the world with a very ambitious project to deliver. Not only do they have to build a well-crafted puzzle game with a small team, but they are also targeting more platforms (including Oculus VR), making this project even more daunting. Hansoft — the project management tool designed for game devs — is the only Agile planning tool the team’s leadership trusts to accelerate development and reach their vision.

“We needed a tool that meaningfully enables better planning and operations, and we found that in Hansoft.”

Kostas Zarifis founded Rogue Sun in 2016 from scratch. With his extensive experience at AAA development studios, they were up and running quickly. He had used Hansoft in the past, and he even preferred it for his solo projects. However, several of the new team members at Rogue Sun were very familiar with Jira, so he and the team’s leadership agreed to use that instead.

Zarifis wasn’t thrilled about Jira, and unfortunately, they were having issues with it within months. Zarifis knew what tool would be most effective for them, the one that had been battle-tested in his previous projects. His team needed to switch to Hansoft to meet their deadline.

But why not first try other project management tools? Zarifis had already tried everything. “I tried pretty much every planning tool you’ve heard of, both as a team member and as a manager,” he says. And every single one has “made me appreciate Hansoft even more.”

The tool they use for planning and tracking work is essential in a distributed team. And as an Agile and fast-moving studio working on their first big project, they had no time to waste on complex migrations to planning tools they weren’t sure would meet their needs.

Rogue Sun already had the free version of Hansoft installed, so their migration was fast and simple. They used the switch as an opportunity to become better structured.

Since switching to Hansoft, Rogue Sun has saved a ton of time on basic planning tasks. “Simple, yet absolutely essential operations like multi-select and multi-editing of items became extremely cumbersome and practically impossible [with Jira],” says Zarifis. Clicking through hyperlinks and waiting for pages to load made for a tedious user experience. “The only way to organize the backlog and give it some hierarchy was to adhere to Jira’s framework of epics, user stories, and tasks... but we often needed more,” he says.

When they switched back to Hansoft, the gain in efficiency was obvious, says Zarifis. With Jira, tasking out a feature or requirement took a lot of time. They were “literally wasting days just to collect our requirements in a way that would be semi-readable to even the people who came up with said requirements. And then more days trying to actually turn that unstructured list of items into a cohesive plan.” With Hansoft, Zarifis says, tasks can be neatly assigned to teams or individuals as part of a well-structured sprint in a matter of hours. This is because of features like:

See for yourself how Hansoft powers indie development.

Agile Isn’t an Afterthought — Hansoft is Built Around It

Hansoft’s planning tools are not an afterthought like they are with Jira. Hansoft is built for Agile planning and specially designed for game developers.

With Jira, Zarifis and his team found the core features they needed were severely lacking. One example: Jira lacked a calendar view. “Simply planning a Sprint in advance and setting it to start at some future date was not possible. The inclusion of a timeline view seemed to be gated behind additional paid plugins. Even when we did take the hit of this additional hidden expense, we realized these features were not implemented in a way that worked for us,” says Zarifis.

To Zarifis, the add-ons they needed to be able to plan efficiently felt like an afterthought for a program built for the purpose of ticket-taking and issue tracking. Hansoft, on the other hand, puts planning at its core. Its features are designed with this top-of-mind. When it comes to interdependent team planning, scaling a backlog, and effective reporting, it delivers more than competitors.

Planning is Quick, Easy, and Trackable with Hansoft

Rogue Sun tried out Jira only because so many of their team members were accustomed to it. But Zarifis says they quickly realized giving the team a more familiar tool was not worth losing the benefits they had with Hansoft. Unlike with Jira, the Rogue Sun team uses Hansoft to:

Plus, Rogue Sun is in the process of using Hansoft’s dashboard feature to build out custom dashboards to track success metrics. “It’s a powerful tool that is already providing us with useful insights,” says Zarifis.

Zarifis’ Advice for Other Indies

“Do not assume that just because something has managed to claim a large chunk of the planning tool market it is automatically the best tool for the job,” says Zarifis. “Do yourself a favour and give the Hansoft 5 user free trial a go.”

Zarifis adds that even though there was resistance to adopting the new tool at first – there always is with a new planning tool – “for all users, we’ve found that within no more than a week, everyone becomes proficient.”

With the Jira Server sunset, indie game studios are starting to search for Agile planning tools so they don’t miss a beat – or delay a release. Learn how Hansoft lets your team move faster than you thought possible. Try it free for up to 5 users.