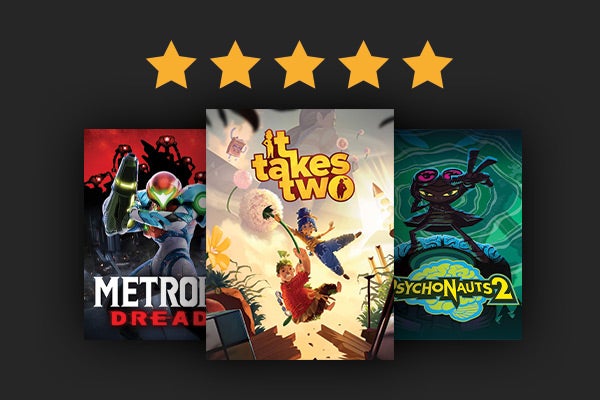 What Do the Best Game Developers of 2021 Have in Common?

Video games helped us all stay sane since 2020. Amid the continuation of the COVID-19 pandemic in 2021, and off-and-on stay-at-home orders around the globe, new games have emerged.

Some of the best video games of 2021 include:

It Takes Two from Hazelight Studios/EA won several awards at The Game Awards in December 2021. This co-op games proves that a healthy marriage is key to success. May and Cody take a dazzling journey from garden shed to their house. Nominated in several categories, It Takes Two won the biggest award: Game of the Year.

Other big wins for It Takes Two include Best Family and Best Multiplayer. As we spend more time separate from others, many rely on games to connect. It Takes Two showcases the importance of creating immersive experiences that can be shared with others.

Metroid Dread from Mercury Steam won Best Action/Adventure at The Game Awards. The game follows the events of Metroid Fusion (2002) and allows players to investigate the source of a mysterious transmission from planet ZDR. It has quickly become the fastest-selling Metroid came across Japan, UK, and the US.

DeathLoop from Arkane Studios was a big winner at The Game Awards. With stunning visuals and outstanding game play, it walked away with both Best Game Direction and Best Art Direction.

Psychonauts 2 from Double Fine Games may not have won any awards this year, but it continues to be a fan favorite. Like the game’s predecessor, it follows a young acrobat that is training to become a Psychonaut. With favorable reviews, many feel like it lived up to the quality of Psychonauts in the Rhombus of Ruin.

Other notable winners of The Game Awards include the following:

What Makes a Video Game One of the Best?

Who Were the Top Game Developers of 2021?

The best game developers of 2021 produced the top games. This included:

Many of these large, sophisticated games were constructed over several years. They’re made of terabytes or even petabytes of assets. During this type of lengthy game development process, there are obviously many revisions to the code and artwork. The changes need to be tracked and coordinated at all stages.

Game designers and coders work in parallel. And they're often spread around the globe. As deadlines approach, the synchronization of work becomes more and more critical. This becomes even more important as the sizes of the builds increase.

So, in addition to massive work effort, what do the best games of 2021 have in common?

Whether you’re developing games for AR/VR, consoles, PC, mobile/tablets, or even hardware/software applications, you can count on Helix Core’s integrations with Unreal, Unity, and Open3D Amazon game engine. And with our APIs, SDKs, and scriptability, you can customize your workflow. If you’re building your own engine, leveraging Helix Core’s architecture can make your dreams become reality.

In addition to the technical reasons that the best game developers use Helix Core, there’s another reason. Helix Core doesn’t get in the way of the creative process. Regardless of the role of the team member, build engineer, coder, designer, producer, system administrator — Helix Core runs in the background, seamlessly integrates, and connects everything.