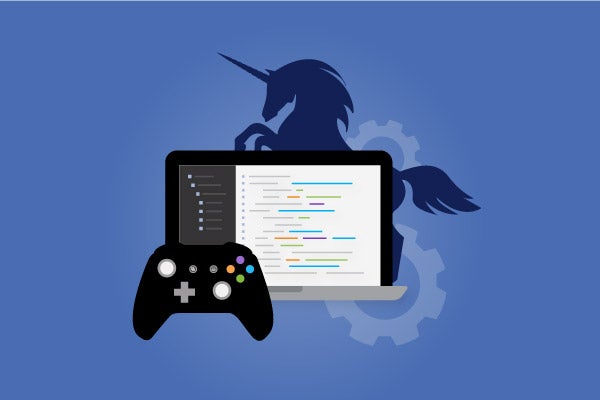 Making Your Own Game for Free: Myth vs. Reality

Can You Make Your Own Game For Free?

Technically, yes. You can use free tools to make your own video game.

Most video game studios start as small businesses. They operate out of garages, hoping their games will be the next best seller. Studios like Cuphead and PUBG make it seem feasible to become an overnight success making your own game.

Making your own game for free is especially tempting if you're still figuring out funding for game development. In fact, funding is one of the biggest challenges game developers face, according to our recent survey.

What It Takes to Make Your Own Game (For Free)

We asked over 500 professionals for their perspectives on game development trends and challenges. And they shared their insights on the tools and processes that make them successful, whether they're just getting started on their own project or working for a AAA studio. Find out what they had to say in the game development report.

Making Your Game For Free: Myths vs. Reality

Before you can make a profit from selling millions of copies of their games, you operate with what you can afford.

There are a lot of myths out there about what it means to make your game for free. Here we break down 6 common myths compared to the reality for most game developers.

Myth: You Can Save Money by Using Free Tools

Reality: You Might Save Money, But it Will Cost You in Time and Effort

There is no such thing as free lunch. What you save in money, you’ll lose in time and effort. There’s a couple reasons for this.

When you’re making your own game, it’s okay to use free tools early, but it’s also important to have a migration plan. Determine from the get-go when you’re going to jump into the professional tools.

Plus, most video game development software has free versions for small studios. This includes game editors like Unreal Engine 4.

Git started as a tool to manage source control, but it’s become the standard tool among software developers. Because Git is so well-known, many developers don’t even consider other options. After all, Git offers easy access to all their projects from almost any platform.

Git LFS works well when you have a small studio, but as your game gains popularity and you want to release more often (or implement CI/CT/CD), Git may struggle to keep up.

In small video game development studios, developers often think that they don’t need branches. After all, if everyone is working in the same room, it’s easy to talk about the changes you’re making. In theory, sure. In reality, it’s usually more complicated than that. You need the right branching strategies.

In the earliest stages of making your own game, it might work for everyone to work on the main line all the time. As your game grows, branching makes it easier for numerous developers to work on related sections of code simultaneously, and then merge their changes back to the main line.

When you read about using Git and Git LFS as an alternative to Perforce, it seems like it could be logical. But when you think about the practical aspects of it, the idea breaks down.

For example, if you have dozens of developers, you’d need to install Git LFS on every workstation (which is time consuming), and some may not even support it. If someone is using a different version of Git, it may not work. And if someone upgrades Git on one platform, Git LFS may not work.

Myth: You Can Work Without a Version Control System

Reality: After You Lose Your Work Once, You’ll Want a VCS

If you don’t have a version control system, everyone who’s working together is shouting across the room, “I’m working on this file. Don’t touch it.” Eventually, someone will overwrite someone else’s code. Or someone will accidentally delete everything. Whoops.

It’s a mistake you only make once. After you’ve lost everything, you’ll wonder why you wanted to work without a VCS. Even if you're a single developer.

Ensuring you never accidentally delete all your work isn’t the only reason to use a VCS. Using a VCS means anyone can work on any file, at any time. If you’re making significant changes to your code and something doesn’t work correctly, you can always revert to an earlier version. Finally, it makes it easy to keep track of the changes you’ve made along the way.

Myth: You Don’t Need to Work With Industry Standard Tools

Reality: Industry Standard Tools Work Consistently, and They Work Together

Reality: You Don’t Need to Overhaul Your Systems When Your Game Becomes a Bestseller

Professionals operate a certain way. They prefer industry standard tools and workflows. And if you want your game to grow into a best seller, why not build your studio so it will have a smooth growth trajectory when your game is a major hit?

How to Make Your Own Game For Free

If you're considering making your own game for free, you'll need the right tools. Luckily, you can get started with some of the best game development tools for free.

You can get started with both for free in our Indie Studio Pack, for up to 5 users.