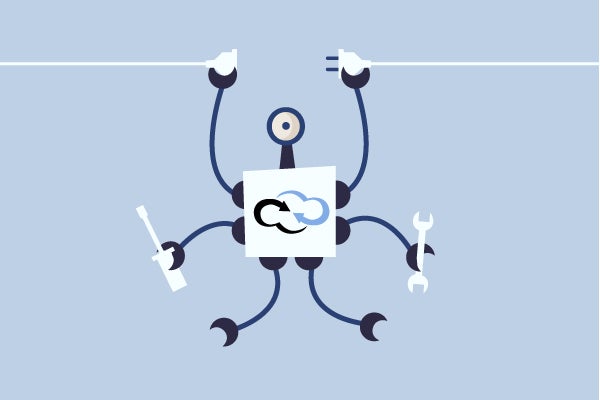 CloudForge support has ended. Find out what you can do to get continued support for SVN (Subversion) hosting now.

Bad news for CloudForge users: CollabNet VersionOne has joined forces with several other companies, and together rebranded as Digital.ai, is sunsetting CloudForge.

CloudForge repositories and features were officially removed on October 1, 2020.

Digital.ai. is pointing its CloudForge base to TeamForge and TeamForge SCM. While these appeal to some teams, others question how long support will last for these services as the newly formed company forms its roadmap for success.

For those considering TeamForge, you have other options for hosting your SVN repositories. Helix TeamHub by Perforce can host them for free for up to 5 users and 1 GB of data. Paid options exist for customers looking for more users, more storage, or an on-premises option.

For those who have started to outgrow SVN altogether, this is an opportunity to research version control alternatives, such as Helix Core by Perforce.

Keep reading to learn more about CloudForge, SVN, and your options going forward.

CloudForge is a SaaS offering for application development tools and services which includes SVN hosting. It was founded as CVSDude by Mark Bathie in 2002.

When Bathie’s team relocated from Australia to Silicon Valley in 2010, CVSDude was renamed Codesion.com. It was then acquired by CollabNet VersionOne in October 2010.

CollabNet VersionOne has recently merged with XebiaLabs, and Arxan to form a new company – Digital.ai. Digital.ai sunset CloudeForge on October 1, 2020. The company is urging CloudForge users to investigate whether TeamForge and TeamForge SCM are suitable replacements.

There are many teams who still have subversion repositories. So, SVN is very much alive.

Given the limitations of SVN, users are generally those who:

Why Teams Still Use Subversion

SVN used to be a commonly used system, but its popularity is waning. Still, there are millions of lines of code stored in it. It remains actively maintained by a small open source community.

There are 2 big reasons why SVN is still used today: cost and inertia.

What Should Users of CloudForge Do Now?

Subversion assets in CloudForge will disappear on October 1, 2020.

If you want to create and use SVN repositories, you need a new solution.

But Helix TeamHub is more than just hosting.  With Helix TeamHub, you can control access at both the project and individual repository level, you can manage project milestones, you can tie issues to these milestones and even view issue progress in a similar view as a standard Kanban board. And there’s more — including webhooks that can be defined and managed at the company, project, and even down to the individual repository level. This gives you total control over your preferred team development process.

You try out Helix TeamHub with SVN in the cloud for free for up to 5 users.

SVN vs. Perforce: Should You Switch?

Of course, if you’ve been struggling with how to scale SVN, you could consider moving away from SVN altogether. But to what?

If your team is trying to solve enterprise problems at scale — and are not wedded to SVN — there is another alternative. That is Helix Core by Perforce.

Helix Core is version control that lets you regain the productivity lost by trying to make Subversion scale, especially in a global topology.

There are many advantages to Helix Core:

In addition to a command line client, Helix Core has a visual client that runs on Linux, Mac, and Windows. It also offers a Windows file explorer plugin similar to TortoiseSVN called P4EXP, making it even easier for SVN users to make the transition to Helix Core.

Go From CloudForge to Perforce

See for yourself the benefits of Helix Core before CloudForge support ends. You can try it free for up to 5 users.