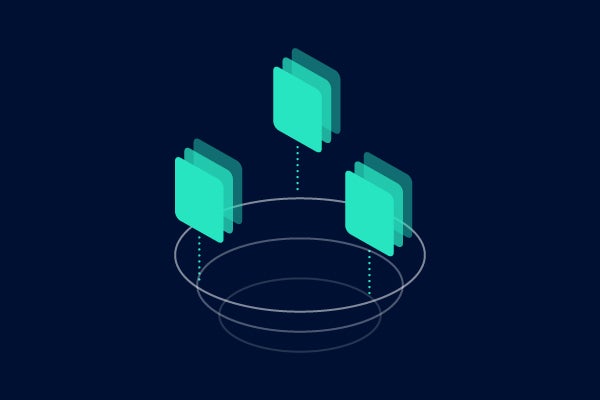 Game Asset Recycling — What You Need to Know

Keeping up with releases and producing new game assets can be challenging, even for the largest studios. And to meet the ever-increasing demand for new video games, teams need to move faster than ever.

To accelerate development without sacrificing quality, many teams look to past projects, and their corresponding game assets. Game asset recycling saves time, allowing coders and creatives to innovate using existing materials. But how can you share game dev assets across teams and projects? Read on to learn how.

What Is a Game Asset?

A game asset is a term to describe any piece of content that goes into a video game. Game assets include textures, characters, sounds, objects, rigs, builds, artifacts, and more.

Asset recycling is not new to the game development world. With game asset recycling, creators can use animations, artifacts, and more from one game in another. While some developers may consider this a lazy practice, others know that without game asset reuse, building would simply take too long. In a world that demands new content faster than teams can execute, one could argue that reusing game dev assets is a necessity.

As game studios build out franchises, asset reuse becomes even more essential (and easier). Sequels provide an opportunity to revise storylines but keep similar characters and backgrounds. It doesn’t always make sense to build a whole new world. Instead, teams can create a consistent play experience across releases, often on a smaller budget.

For fans, asset recycling can be a fun easter egg hunt. For developers, it can be a quest to find a good game asset to reuse.

For fans, asset recycling can be a fun easter egg hunt. For developers, it can be a quest to find a game asset to reuse.

Game collaboration is vital to success. When teams are small, it is easier for one person to know what other team members are working on. But as projects become more complex, and studios expand, visibility into what other people are working on significantly decreases.

One of the reasons that teams lack visibility is that they are working with different tools. For game asset recycling, developers and designers need to come together inside their toolset to see what’s going on. Being able to access and know what is available is the first step to reusing game assets.

Let’s say you know what another team has worked on. You go in and start looking. But… how did they name their file? When and where was the asset last used? Most systems do not track how game assets evolve over time, making it almost impossible to properly find and reuse. This means that team members will skip the searching and jump right to building something new.

Learn what you need to develop your next game.

It is important to note that game asset recycling is not a simple copy and paste, but an idea that you should reuse and improve. To make modifications, without messing up other versions, and to boost collaboration across teams, you need the right version control system. With the right tool, teams can manage all the iterations of game dev assets and recycle them.

For 19/20 top game development studios, that tool is Perforce Helix Core. It is media and game development standard for a reason. Not only can it seamlessly manage iterations across products and versions, but it also has the performance required to allow everyone on the team to quickly find and reuse game assets.

Helix Core offers functionality, integrations, and clients that can help any team member with asset recycling.

Inside Helix Core is a powerful branching mechanism called Perforce Streams. Streams tracks the relationship between branches, guiding code as it is built and reused. Everyone on the team knows exactly what is being worked on, and when new changes are available, Streams lights up to notify end users.

It is easy to find a stream that was previously worked on and reuse it in a different part of the game. Plus, with features like exclusive checkouts and file locking, you won’t be stepping on anyone’s toes. Streams enhances visibility across teams, making it easier than ever to recycle game assets.

Game engines are at the foundation of modern game development. Helix Core integrates with the most popular game engines, including:

It is simple to find and reuse assets from Helix Core inside your game engine. Simply go up to source control and you can browse available files (if you have the right permissions). Because of these tight integrations, animators do not need to waste time switching between tools to reuse assets, saving time in the long run.

Code is just one component of a video game. The graphics, animations, sounds, textures, and other sensory components are really what immerse a player. With Helix Sync — the drag and drop version control client — creatives can keep using their own tools. But the files are stored and versioned inside Helix Core.

This allows studios to protect and reuse digital game dev assets without slowing down. Helix Core can handle all the huge files in games. Now artists and designers can go in and easily find what they need. With Helix Sync, teams get a single source of truth, leading to faster builds and seamless collaboration.

Want to see how easy game asset recycling is with Perforce Helix Core? Your studio can use it free for up to five users.

Helix DAM makes game asset recycling much easier for artists and designers. With a visual interface and smart tagging features, it makes finding previously-made game assets very fast. It is built on top of Perforce Helix Core, the version control system trusted by 19/20 top AAA game development studios because of its ability to manage the large, complex binary files with the speed teams need.